Taking us on a journey through the catastrophic disappearance of bees and the mysterious world of the beehive, this engaging and ultimately uplifting film weaves an unusual and dramatic story of the heartfelt struggles of beekeepers, scientists and philosophers from around the world including Michael Pollan, Gunther Hauk and Vandana Shiva. Together they reveal both the problems and the solutions in renewing a culture in balance with nature. 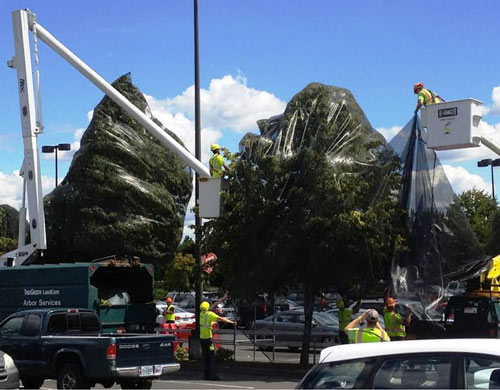 Pesticide-treated trees were covered in Wilsonville during a mass bee die-off in 2013. Wilsonville now has a chance to be a Bee City USA! Learn more from Wilsonville City Councilor Charlotte Lehan at the event!

Also, meet the director and chat with a panel of people working to save the bees after the film!

Read more about the film at: http://www.queenofthesun.com/