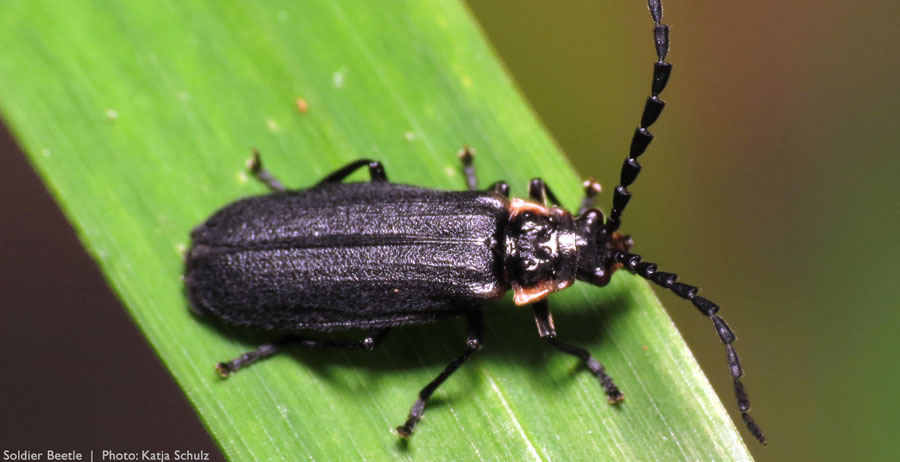 This summer, my 8-year-old son has found lots of interesting beetles in the wild. On a hike, he spots a large black beetle on the trail and we marvel at the long antennae. “Be careful not to step on it!” he warns other hikers.

Not only are beetles fascinating creatures, they help reduce the number of pest bugs in garden beds and farm fields. Ground beetles hide in grasses or under rocks during the day, and at night they emerge to feed on insects like slugs, snails, mites, earwigs, cutworms, and aphids. While we humans are sleeping, beetles prey on pests that would otherwise eat our crops.

You can encourage beetles in your garden or farm fields by creating a “beetle bank,” and early fall is  the perfect time of year to get one started. A beetle bank is a raised area planted with native grasses, which allows beetles to take shelter during the day and then move out to feed on other insects in the fields at night.

Make a beetle bank on your farm by following these steps.

The exact dimensions and specifications for the beetle bank will depend on the conditions at your farm. Use these general guidelines, and adapt for your land:

If you have a garden at home, you can adapt these methods to make a smaller beetle bank.

Rather than creating a large berm, make a raised circular area in your yard that’s at least 4 feet across. Be sure to keep this area of the yard undisturbed so the grasses can establish and the ground beetles can use their habitat.

Ready to give it a try? Post a photo of your beetle bank on Facebook and tag NCAP using @pesticide.free so we can show our followers!

Invest in a beetle bank by Jessica Walliser, Savvy Gardening