Protect the Waters of the United States 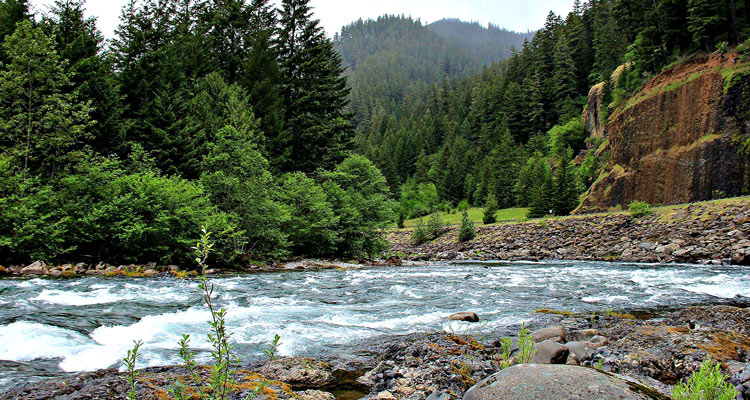 Waters of the United States are under attack! EPA is considering rescinding protections for clean water. Removing the rule would put drinking water, rivers and wildlife at risk. The EPA comment period closes at the end of the day on Wednesday September 27. Read the letter we submitted in opposition to the action below.

Sign on to a petition from Earthjustice here.
Submit your own comments directly to the EPA here.

Thank you for the opportunity to comment on the proposal to “recodify” (rescind) the 2015 Waters of the United States (WOTUS) rule. The rule clarified which wetlands and small waterways would be protected under the landmark 1972 environmental law, the Clean Water Act.

NCAP is submitting comments as a stakeholder long-interested in the health of aquatic systems for fish, wildlife, and people.

We oppose this detrimental attempt to overturn the WOTUS rule enacted in 2015. More than eighty percent of commenters on the 2015 rule supported it.

The 2015 WOTUS rule clarified which types of waters are a) protected categorically, b) protected case-by-case or c) not covered. Tributaries, formerly evaluated case by case, are now automatically included if they have features of flowing water – a bed, a bank and a high water mark. Open waters without beds and banks will be evaluated case by case. “Adjacent waters,” such as wetlands and ponds near tributaries, are protected if they lie within defined physical and measurable boundaries. Certain “isolated waters” not connected to navigable waters, such as prairie potholes and California vernal pools, are also protected.

Water cannot be kept clean without protecting its source. The watershed is a fundamental concept in hydrology. We believe that the 2015 clarifications are appropriate and in the best interest of the country.

The rule has come under attack by some agricultural and industry groups, for reasons many decry as spurious. We understand that farmers tend to be wary of new regulation and often believe that voluntary approaches to protecting water quality are sufficient. It’s worth pointing out that amongst the uproar created by some farm groups, the National Farmers Union (NFU) quietly pointed out, after EPA finalized the 2015 rule, that:

EPA has made genuine efforts in reaching out to agriculture stakeholders in the rule-making process and the final rule clearly demonstrates that the agency took the concerns of family agriculture under serious consideration…The final rule puts bright-line limits on jurisdiction over neighboring waters, offering farmers increased regulatory certainty and mitigating the risk of enforcement or litigation. The final rule also provides more clarity on which ditches fall under the Clean Water Act jurisdiction, removing a gray area that has caused farmers and ranchers an incredible amount of concern.[1]

NFU also helped to contrasted myths and facts about the rule. NFU acknowledged that the 2015 rule protects clean water without interfering with farming; does not propose regulation of most ditches, groundwater, shallow subsurface flows or tile drains; only protects waters that have historically been covered by the Clean Water Act; and does not require a permit for any normal farming activity that does not result in a point source discharge of pollutants into waters of the U.S.[2]

Exhaustive analysis was completed by the EPA under the previous administration before finalizing the 2015 WOTUS rule, which showed that public health and economic sustainability can both be protected under the 2015 rule.

The 2015 rule protects streams used for drinking water by a third of the American population.

Not protecting these sources under the clean water act puts the health of Northwest citizens at risk. Clean water is essential to our health. One would think that the recent controversies over lead contamination in Flint and other cities would have made the EPA more careful – not less – in its oversight of drinking water sources.

Administrator Pruitt has put forth no scientific arguments disputing the facts relied upon for the 2015 rule.