Tips to avoid getting bit!

(by Jennifer Snyder and Ashley Chesser) 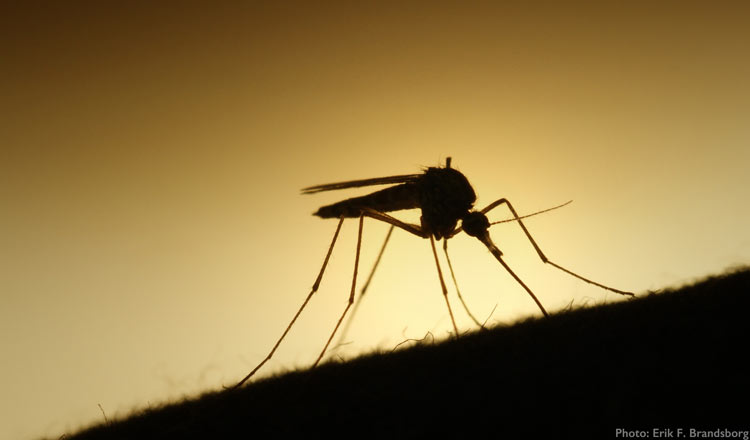 Mosquito season is upon us! Most people have been bit or bothered by these insects at one time or another. While male mosquitoes feed solely on flower nectar, most adult female mosquitoes also feed on blood from a variety of animals – including humans.

During feeding, adult females may transmit West Nile virus (WNV), Zika virus or St. Louis encephalitis, among other pathogens. It’s important to remember that in our region WNV presence is not common and most people infected with WNV will have no symptoms. About one in five people who are infected will develop a fever with other symptoms. Less than 1% of infected people develop a serious illness. For current WNV activity by state, check the Center for Disease Control (CDC). The presence of Zika in the United States is extremely limited, and there have been no documented cases of Zika transmission by mosquito in the US as of July 2017. (Read more about Zika on the CDC website.)

So while illness as the result of a mosquito bite is very unlikely, we certainly would like to avoid the nuisance of red, itchy welts. Excluding, avoiding and eliminating mosquito habitat are the most effective ways to manage mosquitoes and prevent getting bit.

Immature mosquitoes (called larvae) are wingless filter feeders that live in standing water. Mosquito larvae can often be seen wriggling near the surface of mud puddles, ponds or other standing water sources. The larvae of some mosquito species thrive in sewer water, while others are found in as little as a bottle cap of water.

Identify and eliminate sources of standing water around your home and neighborhood, including drip trays beneath potted plants, over-irrigated lawns, abandoned pools, and unused tires. Birdbaths should be emptied and cleaned every few days. In cases of standing water, such as fish ponds and livestock troughs, consider applying Bacillus thuriengiensis israelensis (or “Bti”). This naturally occuring bacterium is harmless to animals but toxic to mosquito larvae. Purchase donut shaped “dunks” of Bti at your local garden store or online. Mosquitofish (Gambusia affinis) may also be used in water troughs and backyard ponds, but care should be taken with this efficient predatory fish to keep it from entering local waterways.

To avoid mosquito bites while outdoors – especially around dawn or dusk – wear long-sleeved shirts and pants. Broadcast spraying pesticides to kill adult mosquitoes, a practice referred to as “fogging,” is the least efficient method for managing mosquitoes. Many adult mosquitoes rest during the day in cool, protected areas, such as the underside of vegetation. This behavior limits contact with the fogging agents.

Inviting bats to move in to your neighborhood is an option for controlling adult mosquitoes in many communities. According to Christopher Rannefors of BatBnB, a project promoting bat habitat and natural pest control, "A common bat can eat thousands of insects in a single night, making them the perfect substitute for pesticides. As our winters get warmer and wetter, harmful insects and mosquitoes are thriving. We need to take advantage of natural pest control solutions rather than become reliant on harmful chemicals. Bats eat up to 1000 mosquito sized pests per hour and are one of the planet's greatest natural forms of pest control. They're also increasingly endangered and in need of our help."

For tips on bat box placement and other factors to consider, see this BatFAQ from Bat Conservation International.

When avoiding mosquitoes isn't an option, try a natural repellent instead of chemicals. Here's one we like:

Mix everything together in a small pump spray bottle. Shake before applying. Do not use on young children or pets.

To learn more about mosquito prevention options in your area, consult your vector control district and visit NCAP’s Pests & Alternatives page about mosquitoes.