Mission: The Northwest Center for Alternatives to Pesticides (NCAP) works to protect community and environmental health and inspire the use of ecologically sound solutions to reduce the use of pesticides.

NCAP’s history began from a wellspring of community-based groups working on healthier forest management in western states with concentrations of public forestlands. These environmental groups came together to form the Northwest Coalition (now “Center”) for Alternatives to Pesticides in 1977. Over time, NCAP came to serve both rural and urban communities throughout Oregon, Washington and Idaho.

In those early years, NCAP focused on coalition building and pursuit of legal strategies to stop forest spraying, assisted individuals and groups with alternatives to pesticides, and worked to grow a grassroots base. Community members took direct action and NCAP offered a hub for grassroots organizing, community-led campaigns, and information sharing. 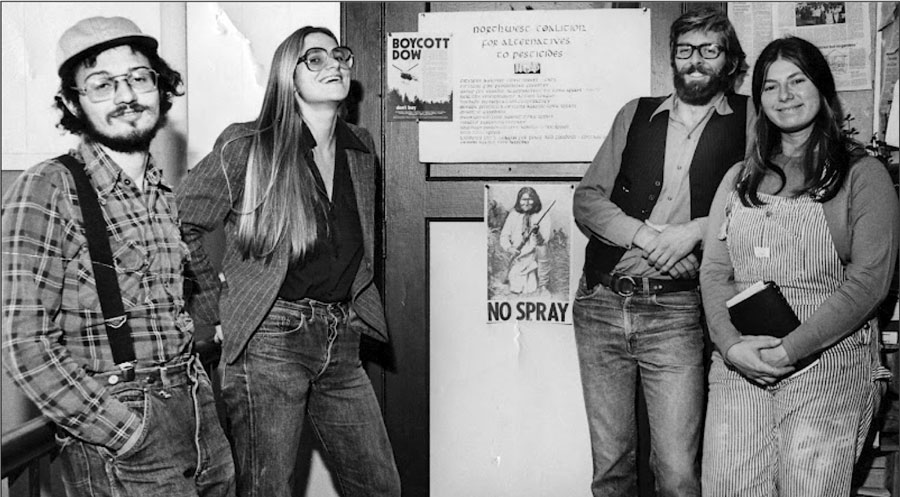 NCAP began to focus strongly on advocacy and litigation throughout the next two decades. In the 1980s, NCAP was party in a winning lawsuit to stop the aerial helicopter application of certain herbicides in Oregon and Washington public forests. The ban stopped short of ending all herbicide uses, allowing targeted applications for invasive and noxious weeds. Through that process, and subsequent changes in federal law that made it increasingly difficult to litigate pesticide cases, the organization grew and learned. NCAP needed to add new tools in addition to coalition building, local and state organizing, and litigation.

NCAP began more public education campaigns, research and demonstration projects, and policy work at the state and federal levels. We targeted on-the-ground demonstration efforts in the region, and strengthening federal pesticide regulation and compliance. We learned, for instance, that we needed to change tactics to influence federal policy and decision makers in addition to the court system. Norma Grier served as the first Executive Director of NCAP, starting in the early 1980s.

In the 1990s, NCAP initiated an effort to close a flagrant loophole in federal regulation that allowed inert ingredients, including hazardous chemicals, to be added to pesticide products without being disclosed on the labels. This loophole presented significant risk to poisoning victims and violated the public’s right to know.

In the late 1990s, with the knowledge that more than two-thirds of pesticide use occurs in agriculture, we began our work in Idaho with the Shoshone-Bannock Tribes to support them, and those farmers renting their land, to reduce the use of the soil fumigant metam sodium which is a human carcinogen and can cause birth defects.

Starting in 2000, NCAP made a concerted effort to work with people who use pesticides in their profession and are faced with pest problems on a daily basis. We built new alliances with farmers, parks and school maintenance professionals.

NCAP did not shy away from litigation when the health of people or the environment was at stake. In 2000, we launched the Clean Water for Salmon Campaign and won a series of carefully orchestrated and strategic lawsuits leading to the first-ever measures to protect thousands of miles of salmon-supporting waters from pesticides.

Many of our programs showed measurable success in our third decade. NCAP’s work to reduce metam sodium use in potato production led to our promotion of the cultural practice of planting mustard greens as a “green manure” and “biofumigant” to manage soil pests. As a result, farmers adopted the green manure practice on 40,000 acres in southern Idaho, thus reducing reliance on metam sodium while educating hundreds of farmers along the way.

In addition, our above-mentioned efforts pushing the EPA to disclose inert ingredients saw some measurable success in 2009, when the Obama Administration finally recognized the government’s responsibility to disclose all ingredients in pesticide products.

In the late 2000s we launched a Pesticide Free Parks campaign. Since then, more than 90 parks throughout the region have become pesticide-free. The number of parks continues to increase as communities organize and carry forward the momentum that NCAP began.

In 2010, NCAP changed its name slightly to reflect the change from a coalition of groups to an independent nonprofit and is now known as the Northwest Center for Alternatives to Pesticides.

NCAP worked with professionals with an interest in urban Integrated Pest Management, pesticide alternatives, organic land care, and other ecologically based management approaches in the Pacific Northwest. We provided more online resources to communicate NCAP’s information and messages to audiences that may be new to concepts of sustainability.

Peer-to-peer learning became another hallmark of NCAP’s work during this time. NCAP initiated organic field days for farmers in Idaho to learn from each other. When it comes to pesticides, peers listen to each other and are more receptive to hearing about alternatives. The Organic Farming Conference continues as an annual educational event held in Idaho.

In 2017 with the help of an equity coach, NCAP began conducting assessments of our internal culture, operations, communications, and programs in order to create a diversity, equity and inclusion (DEI) plan. With the help of this consultant and through many discussions and training sessions among our staff and board, NCAP continually strives to become an equitable, antiracist and multicultural organization where differences are seen as assets.

From 2009 to 2017, Kim Leval played a critical role as NCAP's Executive Director by building up the development and success of the organization. After her departure, NCAP moved to a shared leadership model for the next two years.

In 2020, NCAP changed to an Executive Director leadership model with Ashley Chesser at the helm. The NCAP Board of Directors and staff represent our diverse geographic area and array of programs. NCAP’s main office is in Eugene, Oregon, with additional staff working remotely in other parts of Oregon, Idaho and Washington. 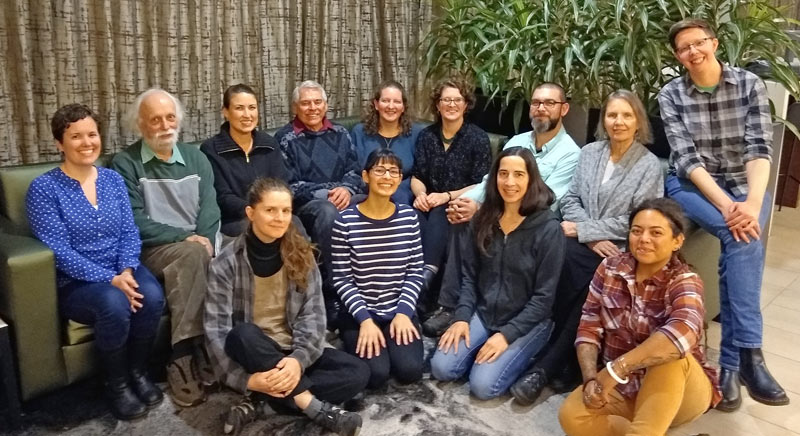