Thanksgiving stories usually overlook the history of the Pacific Northwest tribes. While the memories of turkey and cranberries are still fresh, think for a moment about what happened in the Northwest. 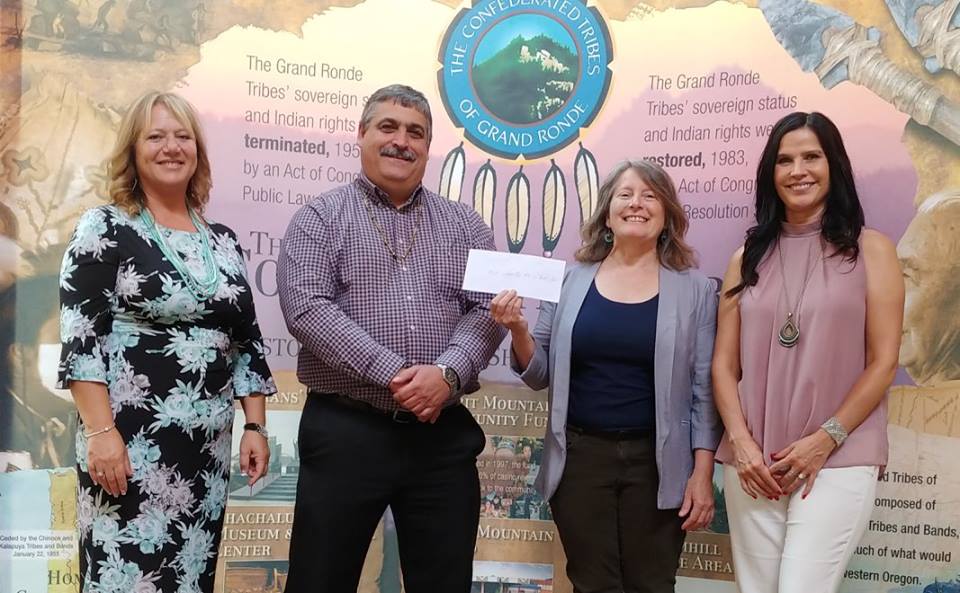 NCAP was honored in 2018 to receive funding from the Spirit Mountain Community Fund (SMCF). Community grants from SMCF are a modern form of “potlatch” practiced by the Confederated Tribes of Grand Ronde (CTGR).

At the grant award ceremony, NCAP staff member Sharon Selvaggio was moved after seeing the video below, made about the CTGR history.

We were struck not only by the challenges that nearly decimated the tribe from the 1800s through 1983 but also by the resilience with which the Confederated Tribes of Grand Ronde reclaimed their lands and became a giving force in Oregon. So we want to share the video with you, too.

We are grateful to and inspired by the grace of the Confederated Tribes of the Grand Ronde in supporting the work of NCAP and other Oregon nonprofits in our communities.  Thank you, Spirit Mountain Community Fund.

Learn more about The Grand Ronde Tribe at www.grandronde.org.