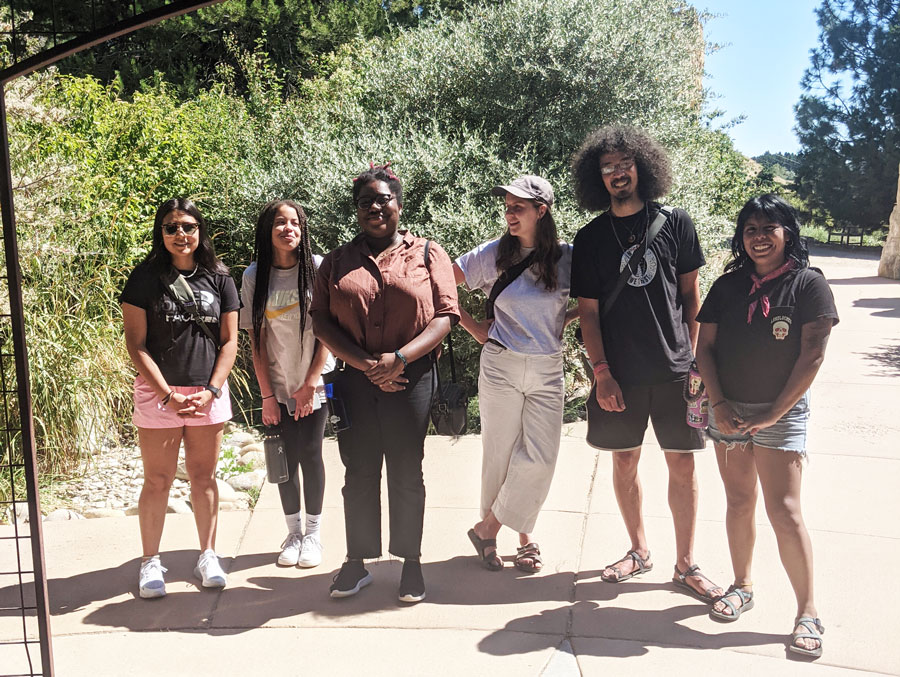 This month our habitat team spent time in the field in Boise and Fort Hall, Idaho, and we wanted to share a few highlights.

We hosted a plant walk in Boise at the Chief Eagle Eye Reserve and then had a tour of the Waterwise Garden at the Idaho Botanical Gardens (IBG) nearby. Daniel Savery, IBG's collection curator, shared with our group the story of how the waterwise garden was created to commemorate the bicentennial of the Lewis and Clark Expedition. We discussed how indigenous people are referred to in the past tense on signage in the garden, playing into a myth of erasure despite the fact that Tribes are active and thriving today. Katie Peterson, IBG's Education Director shared preliminary efforts to do an overhaul of the interpretive signs for this area of the garden which should include consulting with the Shoshone-Bannock Tribes. NCAP is a Lunaria Grant Program recipient through the Idaho Botanical Gardens, and appreciates their willingness to support efforts to have cross-cultural community wide conversations about the intersection of native plant conservation and Tribal stewardship.

We also headed East to the Fort Hall Reservation for a series of events, including two land assessments and a plant walk. One of the land assessments was on a newly developed residence site on the reservation. While walking around, we identified several species the owners can actively manage to encourage re-establishment of those plants. We talked about their plans and gave advice for how to move forward with reintroducing native plant species. This August, we will distribute hundreds of plants to Tribal members to take home. 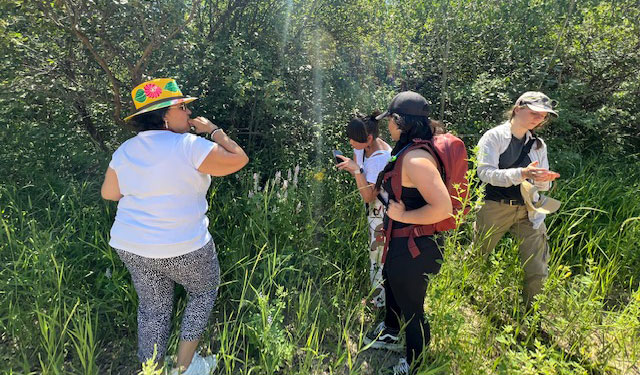 The other land assessment we did was more isolated to the south. We hope to share more about this project in the future, but it includes species we've never sourced before and an ice stupa (mound), which is an artificial glacier, a technique Christina ran across while spending time in the high altitude deserts of Ladakh in northeast India where engineer Sonam Wangchuk invented the idea.

We ended a wonderful weekend by joining together with our community outreach partners for a plant walk to a site which was visited last month as well. The currants and serviceberries were ripe this time, yum! We also observed a number of other species in their early summer glory. Several people remarked on the delayed warmer temperatures and increased moisture this summer. Young participants, without prompting from adults, replanted a yarrow plant that was accidentally uprooted. It's lovely to see many generations caring for the earth. 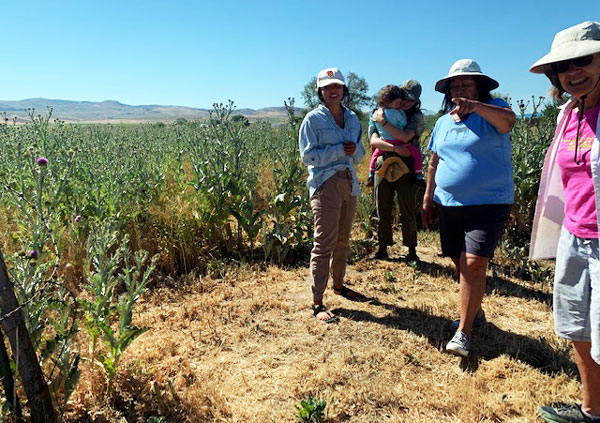 Stay tuned for more field notes from Idaho like this!