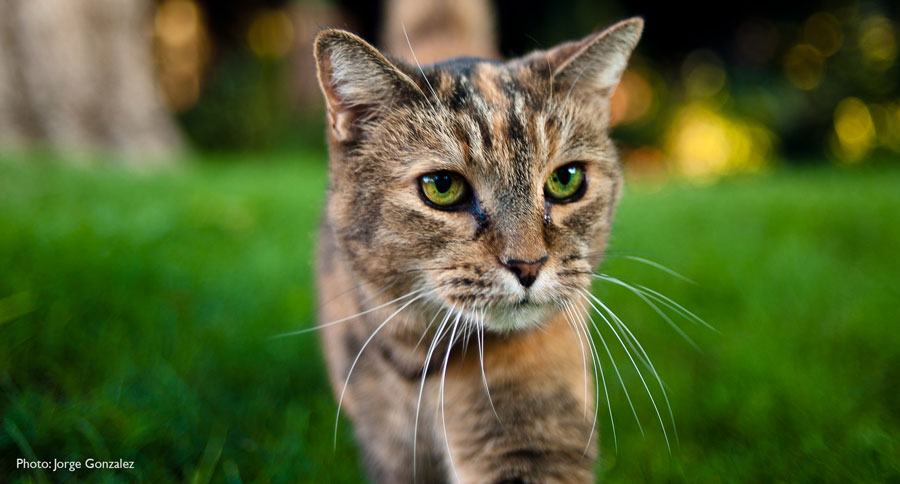 Fleas are known to be an annoyance for dog and cat owners, especially when we’ve just been bitten. However, this doesn’t mean we need to resort to pesticides to keep these annoying little insects under control. Common sense techniques can keep your house free from poisons and flea problems.

The most common flea on domestic pets is Ctenocephalides felis, commonly known as the cat flea [1]. Like many other insects, the flea’s life cycle consists of four stages: eggs, larvae, pupae, and adults [1]. Female adult fleas begin the process of laying eggs by seeking out a warm host on which to feed. Fleas can sense heat coming from a living being and will use this to locate a suitable host, often a dog or cat. Once a host is found, the adult female flea feeds and lays her eggs [1].

About 70 percent of these eggs will become dislodged from the host animal within the first eight hours and drop off into the carpet or the pet’s bedding. Hatching time for the eggs varies drastically with conditions such as temperature, but often the eggs will take between one and six days to hatch [1].

Since flea larvae feed on organic debris in the environment, the pet’s bedding and carpets provide an excellent habitat for the larvae to thrive. After about a week or two the larvae spin a cocoon and turn into pupae [1]. Usually adult fleas emerge in several days, but it can take several months, depending on the temperature and humidity conditions.

One important component of any flea control program is washing the pet’s bedding. Since immature fleas will most often be found off of the host [1], washing pet bedding regularly can help reduce the number of fleas present in the home. For best results, wash bedding and throw rugs often, at least once a week when fleas are bad [2].

A flea comb is a good pesticide free method of removing fleas from your dog or cat. Flea combs can be found in most pet stores. Places where fleas are often found are at the base of a pet’s tail, around the neck, in the groin, on the back of the legs, and in the middle of the back. Look for adult fleas which are small, dark and wingless as well as droppings which look like pepper grains. When combing, drown fleas that are caught in the comb in soapy water. A flea comb can be used every day when fleas are bad, and can help prevent fleas entering the house if used before the pet comes inside [4].

Flea traps provide a nonchemical option to reduce the number of fleas present in the home. Flea traps use an incandescent light bulb to attract the fleas which then become caught on sticky paper. Flea traps are available commercially or you can make one.

A published study showed that flea traps are effective at capturing about 10 percent of the adult fleas [5]. Studies sponsored by a trap manufacturer found much higher trapping rates, up to 95 percent [6]. Even if trapping rates are variable, traps are worth trying in your home, especially when coupled with other nonchemical methods. 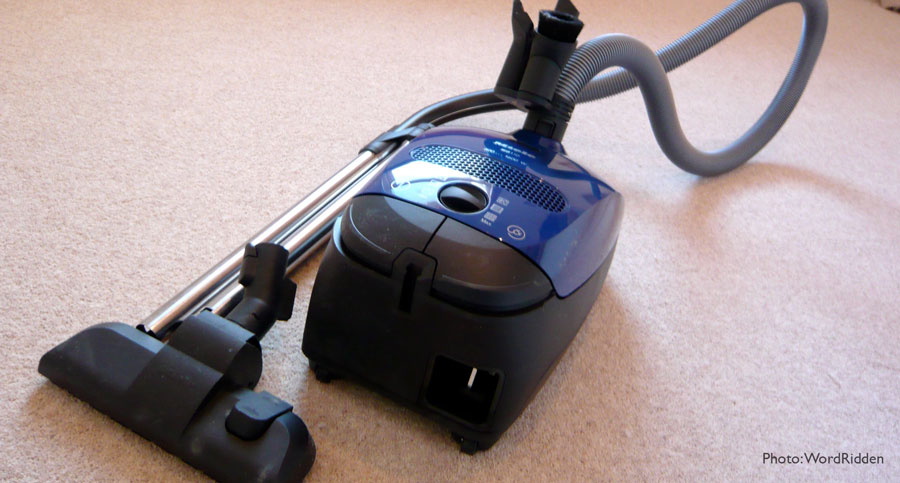 Vacuuming is perhaps the most important part of any nonchemical flea control program. A laboratory study done at the University of California showed that vacuuming catches about 96 percent of adult fleas [7].

In addition to capturing the adult fleas, vacuuming may help to dislodge eggs and larvae from the carpeting and bedding. It also stimulates emerging adults to leave their cocoons, so that they can be vacuumed up next time you vacuum. Vacuum often, even daily [2]. After use, seal the vacuum bag inside a plastic trash bag to keep fleas from escaping and throw it away [3].

Nematodes are a biological control that can help if you have a significant number of fleas outside your home. Nematodes of the genus Steinernema feed on many insects, including immature fleas [8].

To use nematodes to manage fleas, apply them to soil in areas where your pet spends time. The nematodes need about 20 percent soil moisture in order to survive, so spray the area with water every few days [9].

NCAP does not recommend the use of pesticides; however, we recognize that you may feel you must use them when coping with serious flea problems. Please try our nonchemical solutions first! If you feel that use of an insecticide is unavoidable, consider the following less-toxic substances.

Boric acid kills fleas both by causing dehydration and by acting as a stomach poison [10]. Boric acid is low in toxicity if it is accidentally eaten or comes into contact with skin, although it can cause impacts like nausea and skin rash [11]. Borax, a similar and less toxic substance, can also be used. Sprinkle into the carpet and bedding when pets are not present, wait several hours, and vacuum up before letting pets back into the room.

Diatomaceous earth is made up of the mineral amorphous silica [12]. Like boric acid, it kills fleas by dehydration [10]. In laboratory tests, it caused lung inflammation and emphysema [13]. As long as it is not inhaled by people or pets, this substance is a safe way to manage fleas and other insects. Use it in the same method as Borax by applying it to carpeting or bedding, waiting several hours and then vacuuming it up.

Many pets are family members. We pet them, play with them, and share our homes with them. These interactions are healthiest if neither fleas nor flea insecticides are involved. The nonchemical flea management ideas in this article let you keep flea problems at bay while avoiding the use of chemicals. Give them a try!