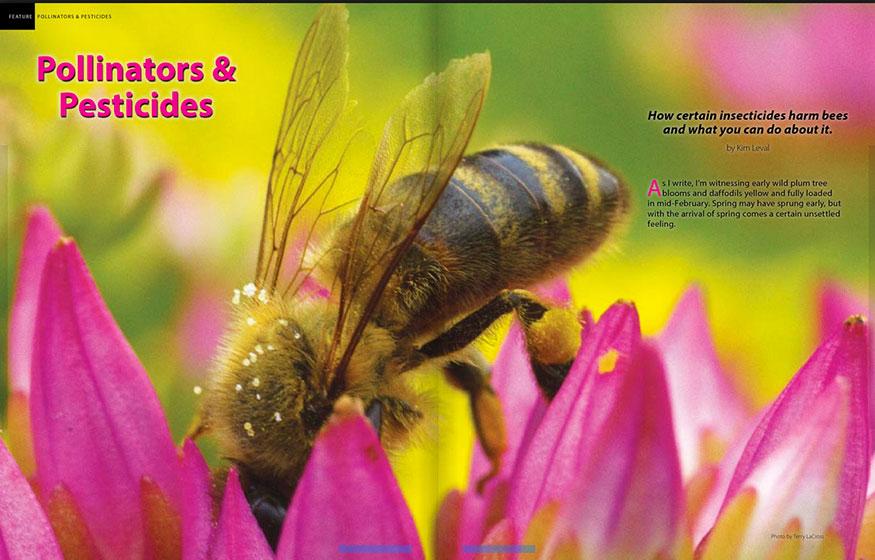 A radio interview with program director Sharon Selvaggio discussing the impact of pesticides on Pacific Northwest salmon and steelhead.

NCAP Executive Director, Kim Level, joins the Lane County Audubon Society and the Cascades Raptor Center to express concerns about the use of rodenticides such as Rozol to control rodent populations. Recent raptor deaths throughout the state of Oregon have been linked to indiscriminate consumption of the poison.

NCAP is creating a new project and will be working with the City of Wilsonville, Oregon on “Bee Stewards Wilsonville.” The program is expected to create pollinator habitats throughout the city, educate residents and more.

The Idaho Press-Tribune covers our annual Organic Farming Conference, scheduled for January 28-29 in Caldwell, ID. The main focus of this year's conference is the "holy grail" of organics, reduced tillage organic systems.

A write-up on NCAP's Organic 101 workshop in Twin Falls, Idaho where we had over 100 Idaho farmers in attendance. Our event featured methods for transitioning from conventional to organic and how to keep yield high during that process.

The Buzz Around Native Bees

Coverage of NCAP's Idaho Field Day at Purple Sage Farms. NCAP had a successful day with Tim and Mike Sommers as they shared their organic farming and pollinator habitat methods with other growers in Idaho.

Ants Are Just as Effective as Chemical Pesticide

Healthy People & Communities Program Director, Megan Dunn, is quoted in this article about using natural predators instead of chemical pesticides. The article looks at a review showing ants to be very effective at protecting orchards from pests. The Daily Beast is a widely read media outlet, reaching over 20 million readers per month.

Feature article about the NCAP hosted film screening of "Queen of the Sun: What are the Bees Telling Us?" and the opportunity for the City of Wilsonville to make positive steps toward protecting pollinators.

Coverage of NCAP's Spotted Wing Drosophila Workshop in Eugene, OR.

NCAP weighs in on using pesticides to control the spread of invasive species at Portland's Forest Park.

Capital Press feature article about NCAP's Spotted Wing Drosophila Workshop in Eugene, OR. The workshop featured experts from around the word helping farmers who want to reduce their reliance on pesticides in fighting the spotted wing drosophila.

NCAP provided support to a team of Hamilton International Middle School students gathering petition signatures to make their school a no spray zone. See them in action in the news clip and read more about their efforts.

Pollinators and Pesticides
(starts on page 22)

How certain insecticides harm bees and what you can do about it.

An article on our salmon work was featured in The Osprey, a Journal published by the Steelhead Committee Federation of Fly Fishers. This journal is widely read by fisheries managers across the Northwest.

NCAP Program Director discusses why she testified in support of a Seattle resolution banning the use of neonicotinoid pesticides on city-owned property.