As a follow-up to this meeting, NCAP spoke with Tim Butler, Program Manager of Noxious Weed Control for the Oregon Department of Agriculture. There were two points that Butler wanted to clarify: 1) that the county has not switched its statutory code interpretation from management to eradication and 2) that the county has not insisted that Azure Standard Farm use conventional herbicides to eradicate weeds on their property. Butler confirmed that neighbors on surrounding land (who are growing certified weed-free wheat seed and are at risk of losing their certification) are concerned with the proliferation of weeds, which has been a consistent problem since 2006. Butler made it clear that this is a unique problem and that many organic farms in the area do a great job of managing weeds. He continued by saying that it’s in everybody’s best interest to manage noxious weeds and prevent them from damaging our natural ecosystems and the agricultural landscape. Azure Standard Farm has proposed an organic weed management plan, which is currently under review by county commissioners. 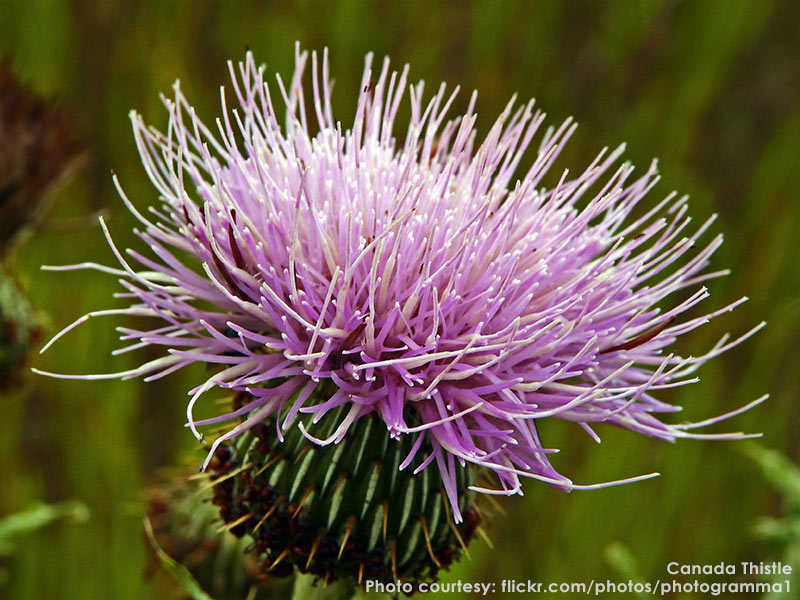 In the video, David Cross of Azure Standard Farm notes that it is difficult to eradicate noxious weeds by using organic means. They can be controlled, he says, but not eradicated. He continued to say that it would take a conventional pesticide to eradicate them. He urged concerned citizens to be aware of the upcoming court hearing on May 22, and asked the public to contact the court and express their concern about the possibility of spraying their farm. They state that the county intends to force Azure Standard Farms, by court order, to have 2000 acres of organic land sprayed by conventional pesticides.

NCAP Healthy Food and Farm Director Jade Florence reached out to multiple parties involved in the incident, including Tim Butler (Program Manager of Noxious Weed Control for Oregon Department of Agriculture), Tom McCoy (Sherman County Commissioner), Lauren Hernandez (Sherman County Administrative Assistant), and Azure Standard Farm. Due to high call volume she was not able to secure a clarifying statement from any party. An NCAP member was able to get through to an official at Oregon Department of Agriculture Noxious Weed Management and shared her conversation with us. She said that an official told her the county does not intend to spray and that the issue has escalated due to adjacent hay growers wanting to continue their weed free status. The official also reportedly confirmed that the Sherman County Commissioner is in charge of making the final decision of whether or not to spray.

According to an article released by OregonLive.com, Sherman County officials say, “their weed ordinance hasn't been changed or reinterpreted, and that Azure Farms needs to adopt better methods for controlling weeds to keep their seeds from spreading to neighboring farms.”