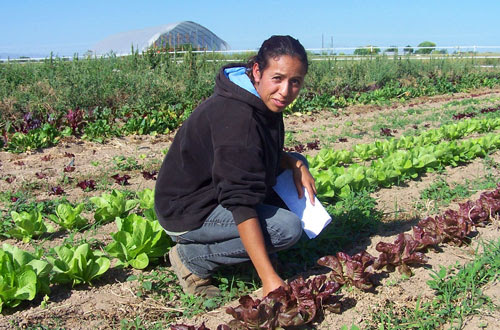 Thank you for your interest, but this petition is now closed.

Oregon’s OSHA has a responsibility to protect worker safety and health. A new proposal being considered by Oregon OSHA threatens farm worker family safety. Join NCAP and others in opposing this rule change and calling for protection from pesticide exposure!

A new federal rule called the Worker Protection Standard (WPS) included a provision called an Agricultural Exclusion Zone (AEZ) to protect anyone within range of a pesticide application. The AEZ is an area surrounding the application equipment that must be free of all persons other than appropriately trained and equipped handlers. The AEZ moves with the application equipment, akin to a “halo.” The size of an AEZ varies from zero to 100 feet, depending on the type of application and other factors, including droplet size, and height of nozzles above the planting medium.

The new rule requires the handler to suspend the application if any workers or other persons are anywhere in the AEZ. This requirement is NOT limited to the boundaries of the establishment. This includes people occupying migrant labor camps or other housing or buildings that are located on the agricultural establishment.

Oregon OSHA is proposing to:

The comment period has been extended again. Comments will be submitted on March 13, 2018.

We, the undersigned, call on Oregon’s OSHA to protect worker safety and community health.

In solidarity with farm worker and community organizations, we support a 300-ft. permanent buffer around farm worker housing for pesticide sprays. Farm workers and their families deserve protection. It is time for OSHA to be firm on this issue, and to adopt the best strategy to protect worker and family health and safety.