Building Upon a Legacy 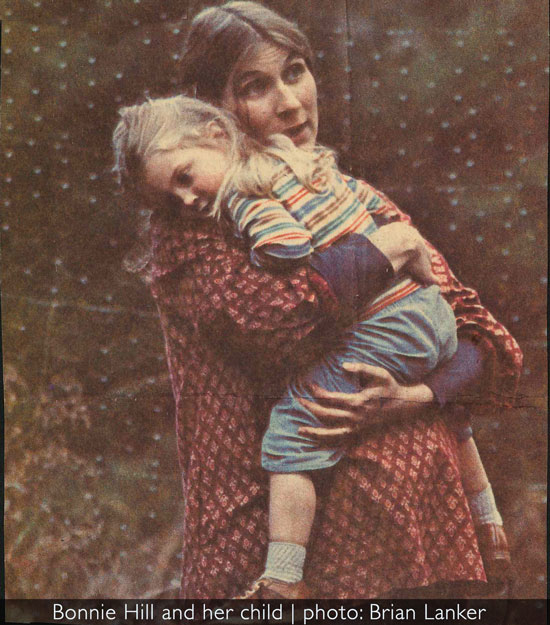 Last May, I had the sad privilege of looking through NCAP’s archives for newspaper clippings, photos and other memorabilia detailing the contributions of Bonnie Hill. Bonnie had recently passed away and, at the request of her community, her family was putting together a remembrance room at the Alsea, Oregon library.

Bonnie became involved with NCAP during the 1970s and was editor of NCAP’s former publication, the Journal of Pesticide Reform. Her relationship with NCAP began through her own deeply personal experience with forest herbicides. Bonnie experienced a miscarriage in the spring of ’75 and noticed that many other women in the area had suffered miscarriages as well – almost always during springtime. She started questioning her neighbors and eventually mapped 11 miscarriages with corresponding spring pesticide spray events. She then sent a letter to the Environmental Protection Agency (EPA) detailing her findings. This led to two studies investigating the correlation between the miscarriages and the primary chemical used, 2,4,5-T (one of the compounds in Agent Orange used during the Vietnam War). Ultimately, Bonnie’s work, which included her compelling, fact-filled testimony before a congressional committee, was instrumental in the EPA’s permanent suspension of the toxic, dioxin-containing herbicide.

As I leafed through black and white photos, “pesticide-free” stickers, court documents, and hand-written notes, I was struck by the magnitude of what was accomplished in NCAP’s early years. Residents of Alsea, along with Citizens Against Toxic Sprays (CATS), NCAP and other grassroots activist groups, successfully forced the hand of the federal government with compelling evidence of harm to people, farm animals and wildlife.  Their efforts led to the ban of a chemical formerly used as a weapon of war and to the end of aerial spraying of herbicides on federal forestland. The collective contributions of persistent, everyday individuals, dedicated to improving the health of their communities, amounted to huge victories for people, wildlife and ecosystems.

These victories, along with decades of courageous leadership at NCAP, have been on my mind in recent weeks. Last month, the NCAP board of directors voted to appoint me as NCAP’s next executive director. I am honored and humbled to take on this new role. I have seen firsthand the devastation that pesticides can cause, and I have heard stories of NCAP’s triumph after great sorrow. I am truly grateful to be part of NCAP’s important mission of advancing alternatives to pesticides and to build upon a more than 40-year legacy.

I am also incredibly grateful for NCAP’s current staff and board team. I look forward to working with this industrious, committed group in 2020. Some of our projects this year include:

Thank you for coming alongside us to do this important work!