Idaho is experiencing new demand for heirloom corn, and farmer interest in trialing more than 20 varieties has blossomed. A-maizing things happened when we partnered with farmers in Southern Idaho to bulk the seed supply. This project encourages seed growers and farmers to collaborate, promotes biodiversity, and helps farmers diversify their income.

In collaboration with Snake River Seed Cooperative, NCAP started partnering with farmers in Southern Idaho to trial heirloom corn varieties in 2017. Several varieties were identified that could mature during the relatively short growing season (late May-early October). Those varieties were also given to local chefs for culinary trials. In 2018, five farmers planted out larger plots of promising varieties. The ultimate goal is to increase the seed supply of varieties that thrive in the region and make them available to restaurants and inspired home cooks.

Recognizing the cultural importance of corn

NCAP recognizes the multifaceted importance of corn for many of our world's cultures and desires to respect the traditional keepers of the heritage corn varieties involved in this project (Oneida Hominy, Oaxacan Green Dent, Hopi Blue, Rio Grande Blue). The conversations are ongoing, but a result of early conversations NCAP took a break from working with corn. NCAP only began doing so again in spring 2020 when it became possible to participate in a supportive way that is informed and guided by Latinx leaders through the Immigrant Resource Alliance in Southern Idaho founded out of the need to do emergency COVID relief, including food aid, relief funds and language accessibility education. 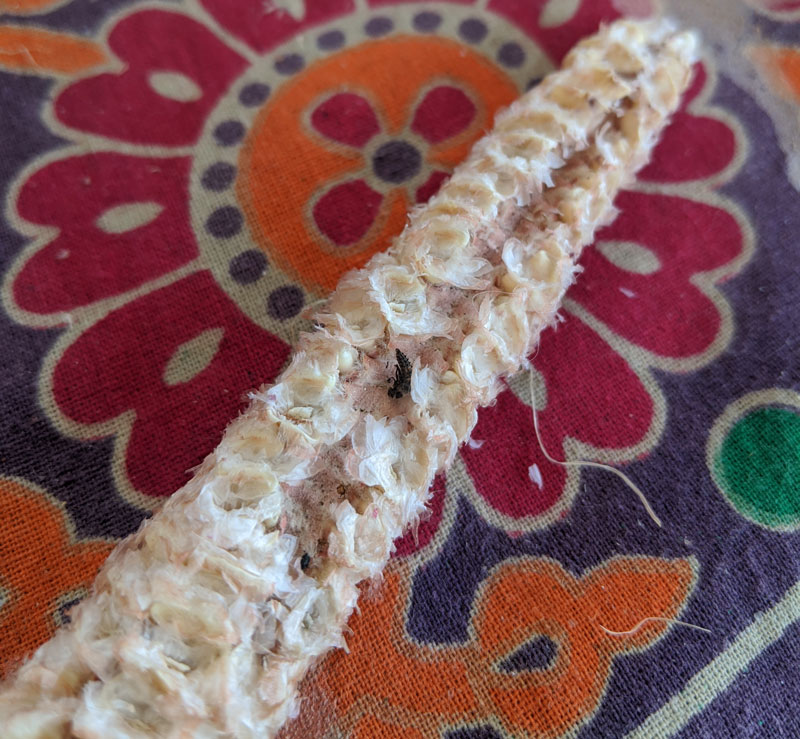 Learn about this project in this two-part video series

Our partners are committed to NCAP’s mission of protecting community and environmental health and inspiring the use of ecologically sound solutions to reduce the use of pesticides. 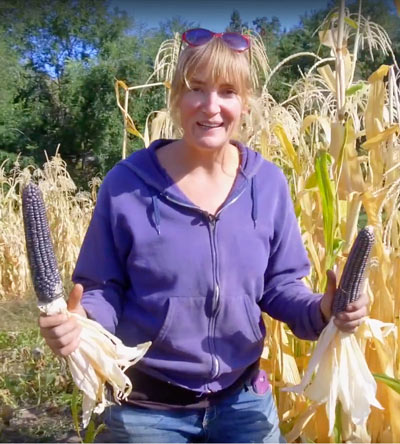 "I am glad to be part of a new and growing tradition to revitalize the beauty and the deliciousness of corn." Henry Allsworth, Winnower Farm and Ferments

"The way I see it is, this restaurant is looking at ways to preserve biodiversity and promoting biodiversity, and it gives us the chance as eaters to come in and have some small taste of what’s possible when we preserve biodiversity in seeds, and we grow food in a responsible way that can feed people and earth at the same time." -Casey O'Leary, Farmer, Snake River Seed Cooperative

"Our initial goal was to create masa that is from home here using heirloom varieties of corn we could get from local farmers. It just seemed like a natural product to be able to get from home. I think that it has grown into something more than that." -Dave Krick, Owner, Diablo & Sons 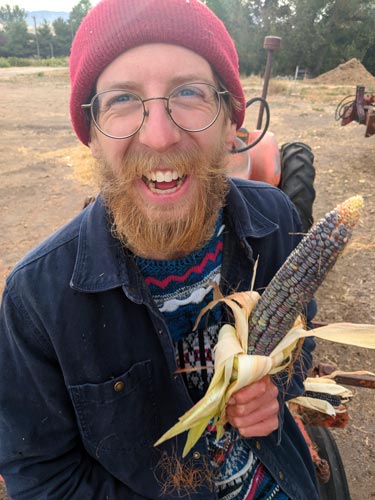 An important part of managing production risk is sourcing seed that will thrive in your climate. This project supports farmers in identifying corn varieties that do well in Southern Idaho but that aren’t currently available. Together we are creating a source for locally adapted heirloom corn seed.

Diversifying revenue streams is an important approach farmers use to hedge their bets. By working to grow an heirloom corn industry in Idaho, a new opportunity for diversifying the farm is created. By working to create local demand, we are also promoting a more direct-to-consumer marketing, which is known to provide a higher premium for farmers.

Approximately 90 percent of US corn acres are planted using seed that is herbicide-tolerant and or insect-resistant (USDA, 2018).

Herbicide-tolerant corn, also known and “Roundup Ready” or GE (genetically engineered), has been selectively bred to tolerate potent herbicides such as glyphosate and dicamba. These same herbicides have recently been in the national headlines. Farmers in the Midwest have lost thousands of acres to dicamba drift. Glyphosate has been ruled a carcinogen in California courts with more lawsuits pending around the world.

Insect-resistant corn is widely referred to as Bt corn because it includes genetic material from Bacillus thuringiensis and as a result can synthesize toxic compounds. Bt corn has seen rapid growth in use since it was first approved in 1996. According to the National Pesticide Information Center, the toxin Bt strains produce can be found in over 180 registered pesticide products. 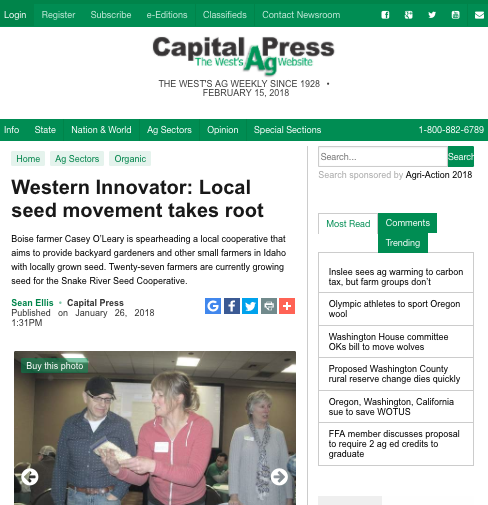 If you have any questions about this project or want to get involved, please contact our Healthy Food and Farms Program Manager: