EPA Rollbacks Chip Away at Protections from Pesticides

You’ve likely seen the news over the past several months about U.S. Environmental Protection Agency actions that undermine environmental protections, rather than strengthen them. NCAP is disturbed by this incongruous pattern. In this article we spotlight the many actions the EPA has recently taken to deregulate human and environmental protections from toxic pesticides. While federal action can put communities at great risk of harm from pesticides, we also want to showcase wins at the state level that have improved community protections and share what action you can take for this important cause.

Ruling Keeps Chlorpyrifos on the Market

The Obama administration announced in 2015 that it would ban the insecticide chlorpyrifos due to EPA studies that showed the chemical causes harm to brain development in children. However, in 2017 the Trump administration’s EPA reversed that decision. Lawsuits followed, and this July the EPA finally decided that it won’t ban chlorpyrifos despite evidence of the pesticide’s toxicity from the EPA’s own scientists. Read More

Back in 2017, California declared the chemical glyphosate- the main ingredient in Roundup- to be a probable carcinogen. While Monsanto, the maker of Roundup, continues to challenge California in court, the EPA has decided to not approve labels that link glyphosate with an increased risk of cancer. While the EPA claims that glyphosate is not harmful to human health, the World Health Organization’s International Agency for Research on Cancer has determined that it likely increases the risk of cancer and lawsuits have been won by those who claim to have developed cancer due to Roundup exposure. Read More

In 2015, the EPA was forced to remove the pesticide sulfoxaflor from the market because of its harmful impacts to bees. Since then, a small number of crops have been granted exemptions for sulfoxaflor application, with restrictions. Then in July of 2019 the EPA allowed sulfoxaflor to be applied on several more crops, without the restrictions that were previously in place. Additionally, the Trump administration temporarily defunded the annual survey of honey bees conducted by the U.S. Department of Agriculture. Read More

This August, the EPA released a proposal to significantly weaken protections for endangered species when it comes to pesticide application. The EPA is required to carefully study whether a chemical could harm a protected species before it is approved for use, but the changes would limit that review process. For instance, species on the brink of extinction would be excluded from evaluations. A number of state attorney generals have spoken out against the proposal, including Oregon, Washington and California. Read More

This August, the EPA reduced the Food Quality Protection Act (FQPA) safety factor for children and infants for pyrethroids. Pyrethroids are an ingredient in a variety of household and agricultural pesticides. This move reduces protections for children from 3X (threefold) to 1X (one fold) which brings it down to the same risk factor as adults, despite the potential neurotoxic effects that pyrethroids pose. Read More 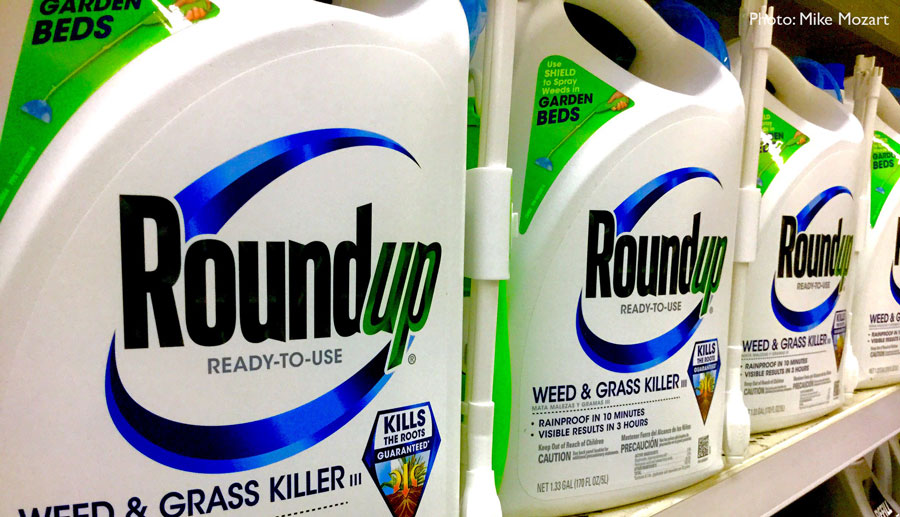 This August, Seattle took the bold step of restricting the use of glyphosate, commonly found in Roundup, on its City-owned parks and properties. Glyphosate is now classified as the most restricted pesticide and will only be used on City property under strict control, as a last resort. As technical advisors of Seattle’s Integrated Pest Management (IPM) Interdepartmental Team, NCAP provided technical assistance during the decision process and is thrilled with the result.  Read More

Protecting the Integrity of the Farm Bill

NCAP fought industry attempts to exempt pesticide registration from the Endangered Species Act by inserting riders in the 2018 Farm Bill, which would have eliminated or substantially weakened protections for endangered species. NCAP wrote several newsletter articles, educating our supporters on the risky provisions and encouraged public comment.  We sent comment letters to Oregon, Washington, and Idaho members of the Congressional delegation, urging them to not weaken protection- and we were successful! A “good” version of the Farm Bill ultimately passed.

NCAP is excited to be part of the Washington SSB 5597 Aerial Herbicide Application in Forestlands Work Group. The work group was created by the 2019 Washington legislature to “review all existing best management practices and, if necessary, develop recommendations for improving the best management practices for aerial application of herbicides on state and private forestlands.” Our goal is to raise awareness about the community and environmental impacts of pesticide use and exposure, and to offer a unique perspective to encourage ecologically and scientifically sound alternatives to harmful pesticides. We recognize the importance of working forests for the local and state economies, while cautioning that pesticides are dangerous for workers, residents and wildlife. Read More

Due to the federal government’s inaction in removing the brain-damaging chemical chlorpyrifos from the market, states are stepping up to protect human health. This fall, California finalized an agreement to ban chlorpyrifos, making it only the third state to do so. In Oregon, NCAP joined a coalition of organizations to push hard in 2019 for the passage of House Bill 2619 which would prohibit the sale and use of chlorpyrifos. While the bill did not make it out of committee, NCAP and others will continue to advocate for the ban of chlorpyrifos which has been found by the EPA to damage brain development in babies and children. Read More

How You Can Help

Just by reading this article, you’re taking the important step of learning about what’s happening with pesticides in our communities. Continue to stay informed about pesticide deregulations and victories. You can easily do this by following NCAP on Facebook and Twitter, and subscribing to our monthly NCAP Action News by email.

Use your voice and speak out when you learn of actions and laws that are harming our environment and communities. NCAP and other organizations often have initiatives that you can participate in to reach lawmakers directly. Support campaigns and vote for representatives with a proven record of restricting the use of pesticides.

Here at NCAP, we are working every day to seek alternatives to pesticides so that both people and the environment are healthy and safe. Support this important work by donating to NCAP, so that we can amplify your voice in the fight against pesticides.