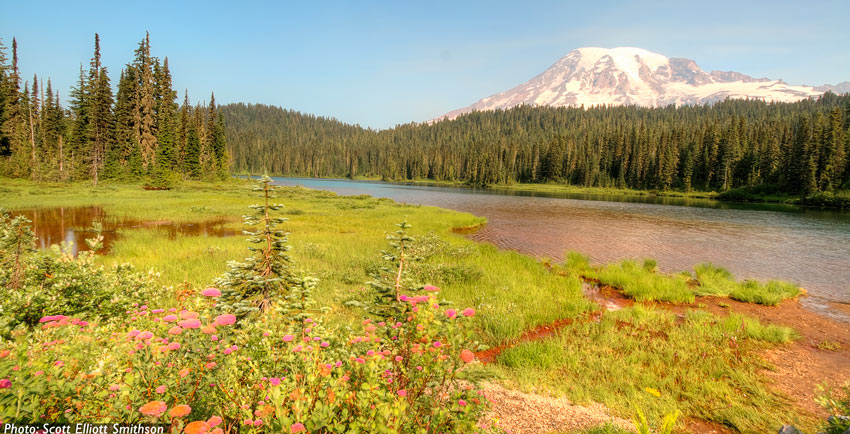 More methylmercury. More arsenic. More polychlorinated biphenyls (PCBs). If we value human health, why on Earth would EPA significantly increase the allowed amounts of three of the most dangerous and persistent chemicals known – along with more lead and various industrial chemicals – in the water we drink, the lakes in which we swim, the rivers from which we fish and the fish we eat?

The Trump Administration has now revealed its next target in an ongoing, nationwide assault on environmental regulations: Washington State waters. At the specific request of major industrial polluters, EPA signaled its intentions to radically undermine Washington’s recently improved new water quality standards in a “Letter of Reversal” dated May 10, 2019. The letter officially withdraws support of high water quality and seafood safety standards from the Obama EPA, approved on Nov. 15, 2016. If this happens, then Washington’s hard-won, effective and science-based toxic water exposure standards will be lost, and the amounts of dozens of toxic chemicals allowed in Washington’s waters will increase by many times over.

Gov. Inslee, who has acted against Trump’s other environmental rollbacks, was quick to release a statement with Attorney General Bob Ferguson opposing the EPA rollback. Their continued leadership is urgently needed to protect Washington’s waterways from irreversible degradation.

While this proposed reversal raises environmental alarms, it will also make the food we eat and the water we drink far less safe. In dismantling an environmental standard known as “the fish consumption rule,” the agency would allow for 40 times more PCBs than currently allowed, greatly increasing cancer risk rate. In the case of arsenic, it would allow a 555-fold increase in concentrations of the dangerous chemical in our waters. This move doesn’t merely raise questions about the Administration’s concern for public health. It signals a blatant disregard for it.

Who is most vulnerable?

Tribal and coastal communities, for whom fishing is critical not only for subsistence, but for cultural and commercial purposes will be most effected. Sharing and eating fish is an integral part of Tribal culture, religion and social fabric here in the Northwest, and it’s well-documented that Tribal communities consume fish at a higher-than-average rate. Coastal fishing families also consume a lot more fish than average, and deliver harvested seafood to local restaurants and markets. The whole Pacific Northwest is a high-seafood consuming region. But seafoods will be less safe and less healthy in Washington State if the Trump Administration has its way in its efforts to roll back these science-based food safety standards.

Prior to floating these terrible water-quality rollbacks, the EPA stated its intent to protect people from cancer and other harmful effects that can arise from consuming polluted fish, shellfish and drinking water. As recently as March 20, 2019, EPA Administrator Andrew Wheeler spoke of global water issues ahead of the U.N.-sanctioned World Water Day, telling CBS News in an interview: "Right now, up to 2.5 billion people around the world lack access to safe drinking water, and, as a result, proper sanitation. This fact leads to anywhere from one to three million deaths every year.” Wheeler’s comments are ironic, considering they were delivered just as his agency seems poised to backtrack on decades of its own scientific findings and weaken water quality standards that effectively prevent a higher risk of disease.

Access to clean water is a global health issue – and a local issue. Pollutants in Puget Sound waters are already impacting the ailing southern resident orca population, contributing to threats to their survival. Transient and southern resident orcas are considered to be among the most PCB-contaminated mammals on the planet.  Gov. Inslee has been very vocal about protecting orcas, and opposing EPA rollbacks to the fish-consumption rule is yet another way he can act to protect these beloved marine mammals.

And EPA’s reversal, if successful, is not likely to stop there. Washington’s toxic exposure standards that the Trump Administration is seeking to roll back – against the Washington Governor’s wishes – are nearly the same as those of Oregon, which would likely be targeted next.

This water quality issue is critical to people and communities throughout the Pacific Northwest. The Trump Administration is poised to turn its back on human health in order to line the pockets of corporate interests. We must oppose this new EPA push to repeal effective state water-quality safeguards. Pacific Coast Federation of Fishermen’s Associations, and many others, will be challenging this effort in court.

EPA’s next necessary step is a formal rule-making process, which gives the public a right to comment on and oppose these rollbacks. NCAP will help get the word out when this comment period opens, sometime in the next few weeks. Stay tuned  and encourage others to comment when the time comes.