Joy That Comes from Surviving Darkest of Times

(Written by Katherine Jones and originally published in the Idaho Statesman) 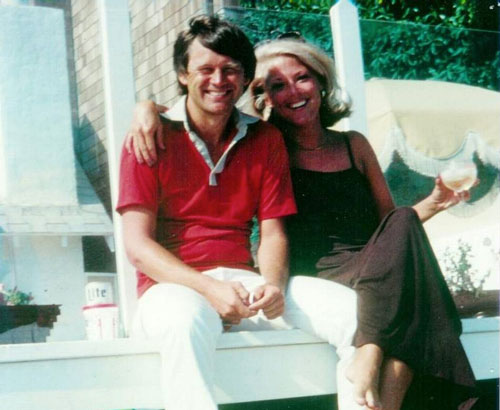 “When I was trying to educate myself, your organization (NCAP) was most kind and helpful.”  –Laurie Enger

In 1994, Laurie Enger had a common and annoying problem in her Boise, Idaho home: ants. She didn’t think much of it until her daughter thought they might be carpenter ants, which chew tunnels through wood and can cause considerable damage. Laurie called a nationally known exterminator.

In the days after the exterminator left, Laurie and her husband, Bill, both had flu-like symptoms. Laurie couldn’t sleep; she could barely breathe. She sat doubled over, a roll of paper towels in hand to catch the fluids she coughed up. She bounced from wall to wall walking down a hall like she was drunk; she developed a stutter and lost the ability to read for pleasure for 18 years.

“I don’t want to sound overly dramatic, but … I wouldn’t wish this on my worst enemy.”

Doctors couldn’t pinpoint any reason for her symptoms, so they gave her prescriptions to sleep, drugs for depression. Maybe it was allergies. Maybe menopause. It did not occur to the doctors, nor to Laurie and Bill at the time, to ask about chemical exposure.

But they have since determined — and filed a lawsuit — that the common pesticide Dursban was misapplied. Since then, the EPA has banned Dursban for household use and is considering banning it for all uses. (Other pesticides and herbicides may have similar neuro-toxic effects.)

“These chemicals are (related to) what they killed the Jews in the camps with — organophosphates. … It was a full attack of every system in your body.”

Laurie and Bill shampooed the carpets twice, replaced the insulation in the walls where the chemical was applied, took down all the window coverings.

“At each (fix), we kept thinking, this is going to make the house better. I had no idea about organophosphates. I mean, who knew that neuro-toxins, what the press calls weapons of mass destruction, can be applied in your home? So we had all the carpeting and the flooring ripped out, put in stone floors. And on and on it went.”

For two and a half years.

“Bill kept getting worse and worse. I woke up one morning and he was a — I don’t think I have a color in my house — French blue color. Grayish blue. … I looked at him … and said, ‘Dear God, we’re going to die if we don’t get out of this house.’ What I couldn’t do for myself, because I’m this strong, stubborn person, I could do for Bill.

They left their clothing in the closet, their treasures on the shelves; it all ended up in a landfill. They couldn’t sell the house knowing what they discovered; their health was so compromised that they couldn’t work. For the next four years, they lived with their daughter and son-in-law, who took care of them to the point of bankruptcy themselves. Laurie and Bill slowly got healthier just by being out of the house, but they, too, were bankrupt and bereft.

Learning to use the computer was part of Laurie’s healing, both mentally and emotionally, and she mounted a one-woman research project and lobbying campaign about chemical poisoning, hoping to change laws, hoping to help others, preparing for their day in court.

“They blame the victim, they try and tell you that you’re unique and attention-seeking. Well, when we put it in the computer, there are all sorts of people that have been poisoned out of their homes. …

“I really wanted to make a difference. I was on the computer as long as my strength would allow. I was emailing any agency that had anything to do (anything), trying to get people’s attention, trying to correct these pesticide illnesses. …”

IF I COULD SAVE JUST ONE LIFE. THERE IS NO ‘JUST’ ONE LIFE. … THE REASON I TELL PEOPLE ABOUT MY STORY IS, JUST MAYBE, IT WILL HIT SOMEBODY AND THEY’LL GO, ‘OH, MY GOSH. MY BROTHER’S BEEN COUGHING FOR MONTHS NOW AND NOTHING SEEMS TO WORK. …

And then, just before their case was to come to trial, their attorney “sold us out,” says Laurie. The case would never come to court.

“(When the case didn’t go to trial), that was about the last straw. If you believed in anything, nothing was believable any more. If you had trusted, nothing was trustworthy any more.”

Not even their 37-year marriage. Emotionally exhausted, Bill asked for a divorce. Laurie had no energy to argue or suggest counseling. With no house, no money, no husband, unable to work, her life was in ruins. (Bill since has been diagnosed with Parkinson’s disease, for which Laurie lays the blame squarely on chemical poisoning.)

“You have to keep marching on. You just do. …

“One of the greatest healing things that came out of this was my epiphany — and there were a lot of them — that I had to ask God for help, because nothing I was doing by myself was working. …

“It wasn’t a whim or this or that, it was a message. I was just sitting there, asking God. I said, ‘I’ve tried everything I can think of and this evil has happened to us.’

“I’m just turned inside out with it — the evil of the companies that know this is so dangerous; anger with (the lawyer). He could have been a hero. … He made a choice.

“But I choose to do what’s right. And in that choice, I can forgive evil.

“I could apply forgiveness to these people who hurt us — which is nowhere close to approving of their behavior — but it was self-defense for me to come to the realization that anger was killing me. And so, my mindset these days: It’s not for me to judge people who make very bad judgments. There’s a Higher Power for that.

“It was once I really realized that — and it was part of the cellular activity of my heart — that this big rock rolled off of me.”

Laurie calls her health improvements “three steps forward, five steps back.” Certain scents, like cigarette smoke or perfume, will send her into a tailspin.

“I’m really, really grateful. I can sleep normally now. The first thing in the morning now, before I even open my eyes, I say ‘Thank you, God.’ Because when I was so poisoned, I couldn’t even sleep at night.”

IT’S LIKE KICKING YOUR TOE AGAINST A ROCK AND THERE’S THE INITIAL PAIN OF HOW AWFUL THAT WAS. BUT I’VE ALWAYS BEEN ONE TO KICK THE ROCK AND TURN IT OVER AND GO, ‘WOW, LOOK AT THAT. I WOULDN’T HAVE SEEN THAT UNLESS I KICKED MY TOE AGAINST IT.’

But this whole experience is about more than improving her health. About 15 years ago, Laurie joined a women’s hiking group in an effort to gain strength. It has restored not only her breathing ability and stamina — but also her spirituality.

“You get to the top of a mountain — now a life metaphor — when you’ve struggled to get up there and you look down and think how unimportant is it, all the little dit-dit things that people concern themselves with?

“One of the biggest things in my life is God-given gratitude. So I don’t focus on anything that was lost … but I learned to focus on what was given back to me: a place to call home, the fact that I have two wonderful daughters and four terrific grandchildren.”

It has taken the 20-plus years for Laurie to be where she is today: in chronic pain, not recovered, for that will never happen, but at peace; reflective, with an entirely different sense of gratitude.

“I have the kind of joy that, I think, comes only to people who have been through life-threatening or terrible, terrible things. When you survive, when you overcome ...