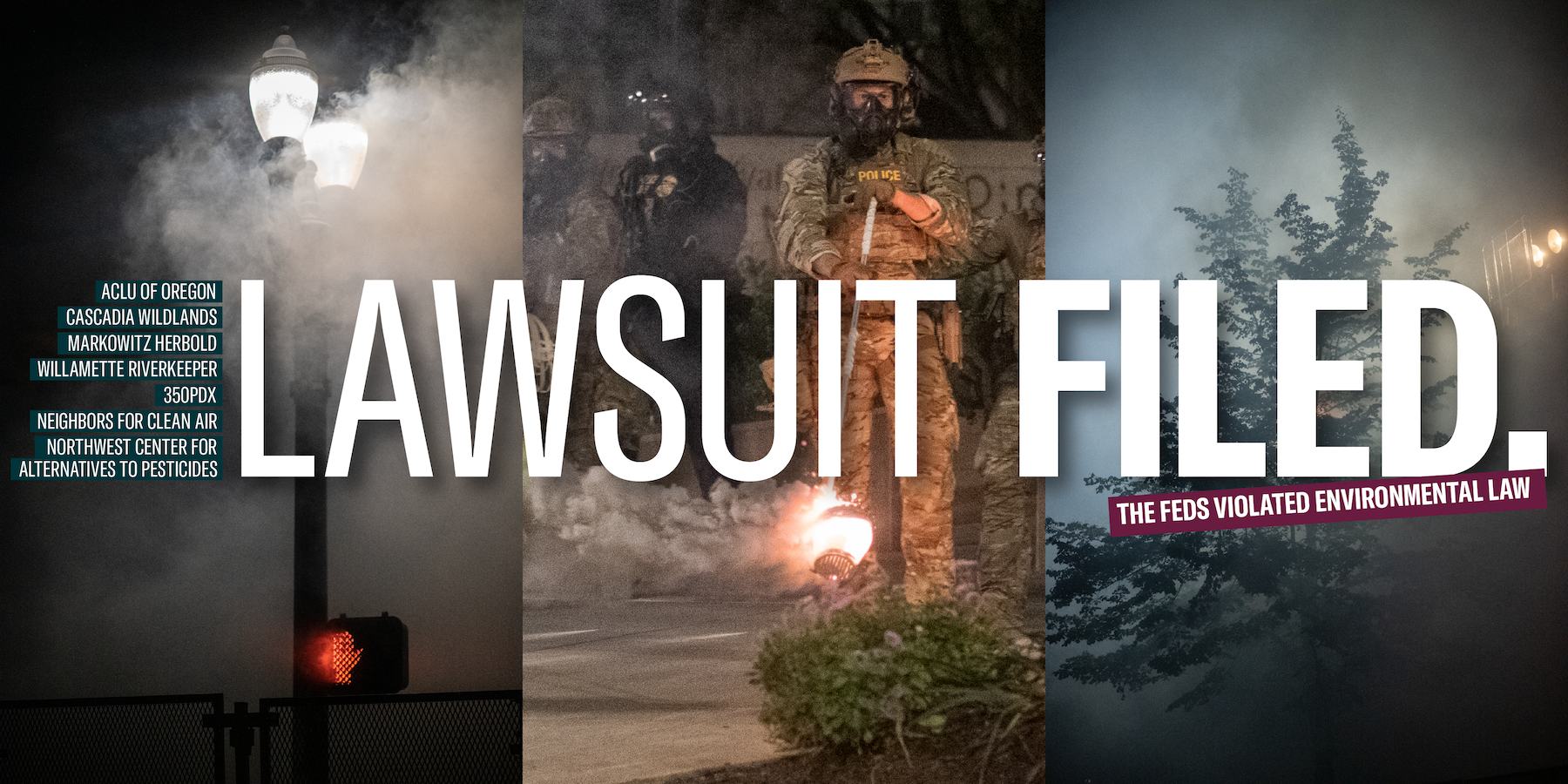 For over 125 days, anti-racist Black Lives Matter protests have taken place in the streets of Portland to demand racial justice.

Protesters have regularly been subject to massive, indiscriminate deployments of teargas, pepper spray and other chemical munitions. NCAP believes that the federal government blatantly violated federal law when it flooded Portland and the surrounding communities with an unprecedented amount of chemical weapons.

As we have mentioned in previous articles, pesticides originated as tools of war before being used to kill insects and continue to play a role in violence against Black, Indigenous and People of Color and those protesting racist acts. Protesters are not pests and the prolonged use of pesticides and similar chemicals to disperse a crowd, without knowing the consequences, is unacceptable.

Last week, NCAP joined a broad coalition of environmental justice and civil rights advocates to file a legal challenge against the Department of Homeland Security (DHS).

The lawsuit cites the federal agency’s failure to analyze the potentially severe human health and environmental impacts before using chemical munitions against anti-racist protesters in Portland. An analysis is required by law as part of the National Environmental Policy Act (NEPA).

We seek a court order forcing the DHS to halt their use of chemical munitions, including tear gas, until the DHS performs a thorough analysis of the health and environmental impacts of these chemicals, and makes this information available to the public.

See coverage in The Oregonian here.

NCAP decided to get involved in this lawsuit for several reasons:

-NCAP’s mission is to protect community and environmental health.

NCAP received several requests for help from Portland supporters in recent months. They wanted to know how their health might be impacted by tear gas exposure and what they could do to stop the use of tear gas. It became clear to us that we needed better information about chemical impacts in order to be able to help our supporters. And we needed gassing to stop until more was known about the impacts of tear gas on human and environmental health.

-We can't have environmental justice without racial justice.

In order to protect community and environmental health, we must oppose systemic racism. As long as the systems in our country perpetuate white supremacy, communities will never thrive.

-People have a right to protest.

We believe in people power, and street protest is one of our best tools to bring about transformative change. In the coming months and years, we need to ensure people can continue to protest systemic injustice without threat to their health and safety.