Rally for Water and Wildlife

Water is truly the source for all life. Where would we be without clean water to drink?

Let’s spare a few minutes to think about our fish. Oregon salmon and steelhead pass through urban, farm and forest lands during their freshwater residencies. Fry like to hang out in low-flow areas where pesticides can concentrate. In some watersheds, multiple pesticides commingle in streams downstream of urban and agricultural areas, and anything living in the water can’t avoid exposure. 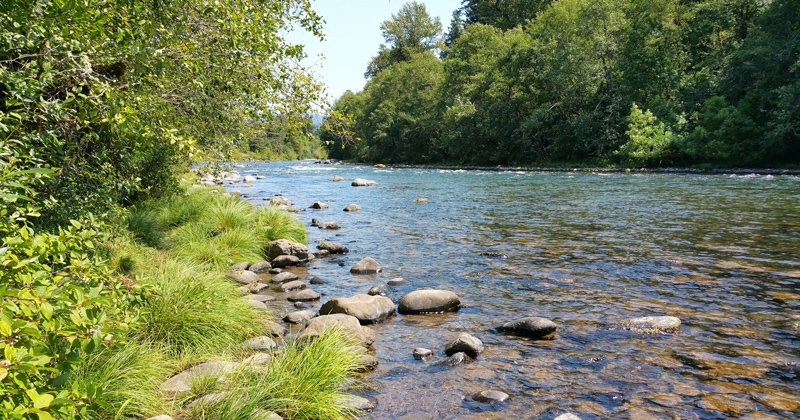 Oregon legislators are considering a bill to restrict uses of neonicotinoid pesticides. SB 929 will classify neonicotinoids as restricted use, taking neonics off the shelves of garden and hardware stores. These insecticides are toxic to bees and aquatic insects, so this would be a big win for wildlife!

If passed, only licensed pesticide applicators or commercial farmers would be allowed to use neonics. Licensed applicators receive specialized training, including information on protecting bees and waterways from pesticides. While this bill would not eliminate the use of neonicotinoids in the state of Oregon, it would significantly reduce their use, and it’s a step in the right direction.

Why is supporting SB 929 important?

Eight reasons to show your legislator you care!

1) Uses would be allowed in agriculture and in landscaping by those who have received training. Some have complained that the exemption for farmers creates confusion and would be difficult to enforce (i.e. “there is not a farmer card.”). We believe this concern is minimal; most commercial growers purchase their agricultural chemicals at chemical dealerships which are quite distinct from the retail environments utilized by homeowners.

These residue levels are many times those known to cause acute (lethal) effects to honey bees (185 ppb) and illustrate the very high persistence of neonicotinoids in woody flowering plants.

3) Some state that the primary risks to bees are parasites and pathogens, and that pesticides are a moot consideration compared to these factors. Not only is this not borne out by official U.S. documents, which identify pesticides as a key bee health issue,[3] but emerging research is also beginning to document the links between the use of neonoicotinoids and

pathogen/parasite issues. For example, low levels of imidacloprid in brood food fed to honey bee larvae led to increased susceptibility to the intestinal parasite Nosema in adult bees.[4] Another study found that when Nosema and imidacloprid occurred together, mortality was higher than when neonicotinoid exposure or Nosema infection occurred alone.[5]

In addition, other studies link honey bee neonicotinoid exposure with increased susceptibility to diseases; it is theorized that neonics may suppress immune systems.[6]

4) Some neonics have been shown to synergize by about 200 times (have toxic effects at lower levels) when bees are exposed to neonics and certain fungicides at the same time.[7]

5) Bumblebee colonies exposed to field-realistic concentrations of imidacloprid had significantly reduced growth rates and an 85% reduction in queen production.[8]

6) Neonics are of concern not only to bees, but also to our aquatic ecosystems. Neonics are highly water-soluble and persistent, and are quite prone to winding up in streams. Imidacloprid, the most commonly used neonicotinoid, is among the ten pesticides most frequently detected in streams of the North Willamette Valley between 2010-2015.[9]

7) Imidacloprid is lethal to mayflies and caddisflies - important salmon food - at levels as low as 0.1-0.3 ppb (sub-lethal effects occurred at concentrations  < 0.1 ppb).[10] Imidacloprid concentrations detected in streams in the North Willamette Valley between 2010-2015 averaged just slightly higher than the lethal level. At these levels, imidacloprid may be weakening the already fragile freshwater food webs for rearing and outmigrating Pacific salmon and steelhead.

8) Studies on arthropods suggest that neonicotinoid binding to nervous system receptors are long-lasting and with lethal effects typically delayed, such that repeated or chronic exposure can lead to cumulative effects over time.[11] This is an under-analyzed consequence, as most required studies are too short in time to capture the cumulative effects resulting from repeat exposures.

Live near the Oregon Capital?

Join NCAP at a rally for Water and Wildlife on April 19, 2017, 11 a.m. - 1 p.m. on the Capitol steps in Salem! Rally with NCAP staffers and other advocacy groups, be inspired by speakers and leaders and march around the Capitol. See the Facebook event page here.

Let your legislators know you care about clean water and healthy wildlife in Oregon.  While at the capitol, visit your senator or representative and ask for their support for SB 929.

Wear blue for water, green for forests or wear bee and fish costumes, and bring signs and props to show you care about clean, toxin-free water.  The rally will culminate in a march around the building as we represent a healthy river filled with fish and wildlife!

[1] Hopwood, J., A. Code [and others]. 2016. How neonicotinoids can kill bees: the science behind the role these insecticides play in harming bees. 2nd Ed. 76 pp. Portland, OR: The Xerces Society for Invertebrate Conservation.

[10] Morrissey, C. A., Mineau, P., [and others]. 2015. Neonicotinoid  contamination  of global surface waters and associated risk to aquatic invertebrates: a review. Environment International 74:291-303.