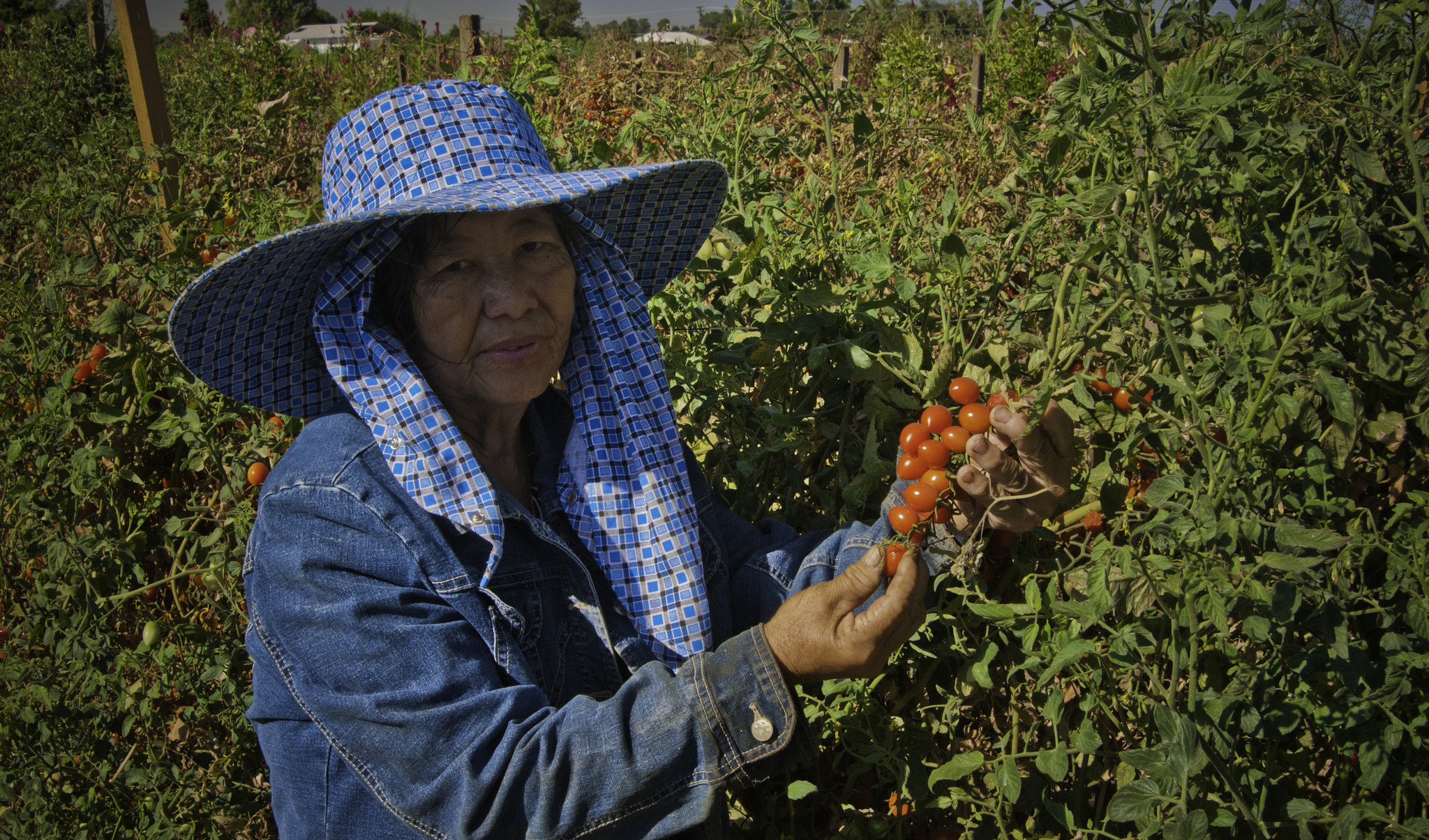 (Photo by US Department of Agriculture)
(Words by Megan Dunn, Healthy People and Communities Program Director)

After several public meetings and over 1000 oral and written comments, Oregon has decided to adopt two new Oregon Administrative Rules (OARs) that would allow people in worker housing to “shelter in place” when the grower sprays within the 100-foot application exclusion zone of their housing[i].

Previously federal law required a 100-foot radius where pesticides are being sprayed near workers, but this new law allows spraying within 100 feet if workers are sheltered inside a building. NCAP, along with several farmworker groups, unions and other environmental groups, strongly opposed the rule changes.

According to the official statement by OSHA, these rules complement and complete the changes adopted by Oregon OSHA on February 14th, 2017 on the amended Worker Protection Standard adopted by the EPA in the November 2, 2015 Federal Register. The rules, which OSHA claims exceed federal requirements, will take effect January 1, 2019.

The first rule change (OAR 437-004-6405) allows workers to shelter in place during an application. The rule describes the Application Exclusion Zone requirements (AEZ), including how employers ensure enclosed agricultural structures are closed properly and must provide instruction and information, as well as a decision matrix that navigates the rule requirements.

A second rule (OAR 437-004-6406) describes that if issues relating to spray drift occur, then the employer is responsible for addressing those issues. Also, a new change focuses on how drift reduction technologies can be used to and how ask for a variance to gain approval for new methods.

In the announcement OSHA acknowledged the varying levels of risks to workers and others but also claimed pesticides are a, “clear necessity in many workplaces.” However, NCAP has worked closely with numerous farmers who run successful businesses and do not rely on harmful pesticides.

During the comment collecting period, NCAP provided a written letter and supported other organizations asking for stronger protocols, and we will continue to oversee the state changes in Oregon and Washington around the Federal Worker Protection Standards. Full text of the letter is available here.

The federal changes to the Worker Protection Standards, many years in the making, contained several elements to strengthen protections for people applying or exposed to pesticides in an agricultural setting. In particular, the new federal WPS rule adopted an Agricultural Exclusion Zone (AEZ) to protect anyone within range of a pesticide application. The AEZ, as described in the federal rule, refers to the area surrounding the pesticide application equipment that must be free of all persons other than appropriately trained and equipped handlers during pesticide applications. The AEZ moves with the application equipment, akin to a “halo.” The size of an AEZ varies from zero to 100 feet, depending on the type of application and other factors, including droplet size, and height of nozzles above the planting medium[ii].

According to the new federal WPS, provision 170.505(b) establishes a requirement for the handler to suspend the application if any workers or other persons are anywhere in the AEZ. This requirement is NOT limited to the boundaries of the establishment. This includes people occupying migrant labor camps or other housing or buildings that are located on the agricultural establishment. Under the new Oregon standard, workers would not have to be excluded from an area during an application; they could stay indoors while the application occurs.

NCAP has been studying drift in agriculture in both Oregon and Washington and the impact of pesticide drift on human health (read our report in both English or Spanish on our website here).

According to departmental reports from Washington, drift is the most common source of acute illness related to agricultural use of pesticides. During 2005-2012, farm workers suffered 66% of all illnesses from drift, and fifty-six percent of these illnesses were the result of off-target pesticide drift. It is widely believed that drift incidents are significantly under-reported due to worker fears concerning retaliation and intimidation[iv].

The curve of drift is markedly higher the closer to the application site. Therefore, it is disingenuous to claim that a “shelter in place” strategy with no minimum buffer from pesticide applications would protect farm workers. The substandard houses (described as “drafty” in one report[v]) occupied by (often migrant) farmworkers are unlikely to be sealed adequately to prevent airflow exposure. OSHA understands this issue as the party responsible for inspecting farmworker work camps. Worker housing should be located in the safest area possible and should be meet safety standards.

OSHA also ignored the possibility that workers or their family members will contact, even inadvertently, items that will or may be sprayed or drifted upon, including doors, door knobs, lawn chairs, picnic tables, cars, strollers or anything else left exterior to the housing.

Pesticide exposure puts not only workers, but also infants, children, and pregnant women at risk.

Numerous studies have cited the vulnerability of these populations to pesticide exposure. Acute and chronic exposures during critical time windows are linked to a variety of chronic health effects[vi].

There are better alternatives, as well as less-toxic pesticides and sustainable farming practices that would reduce exposure. Organizations that work on behalf of farmworkers and their communities (including Pineros Campesinos del Noroeste (PCUN), Mujeres Luchadores Progresistas, FHDC, Latinos Unidos Siempre, SEIU, CBTU Trade Union, and Mano a Mano Family Center) as well as other allies asked for stronger - not weaker - protections. These organizations asked for a 300-ft buffer zone around worker housing for pesticide spraying in agricultural fields and orchards. Buffer zones would have prevented direct pesticide exposure for farmworkers and their families far better than either the federal AEZ provision or the OSHA proposal.

In solidarity with farmworker and community organizations mentioned above, NCAP supported a 300-foot permanent no-spray buffer around farmworker housing for all pesticide applications. In our support letter, we noted that OSHA proposes that each farm also provide information about pending pesticide applications at an “information station.” We strongly recommended that this information be in an area accessible to both farmworkers and their families. Farmworkers and their families deserve no less than these provisions.

[ii] Under the federal rule, the AEZ is 100 feet for aerial, air blast, fumigant, smoke, mist and fog applications, as well as spray applications using very fine or fine droplet sizes (a volume median droplet diameter (VMD) size of less than 294 microns). An AEZ of 25 feet is required when the pesticide is sprayed using droplet sizes of medium or larger and from more than 12 inches above the plant medium. An application that does not fall into one of these categories does not require an AEZ.