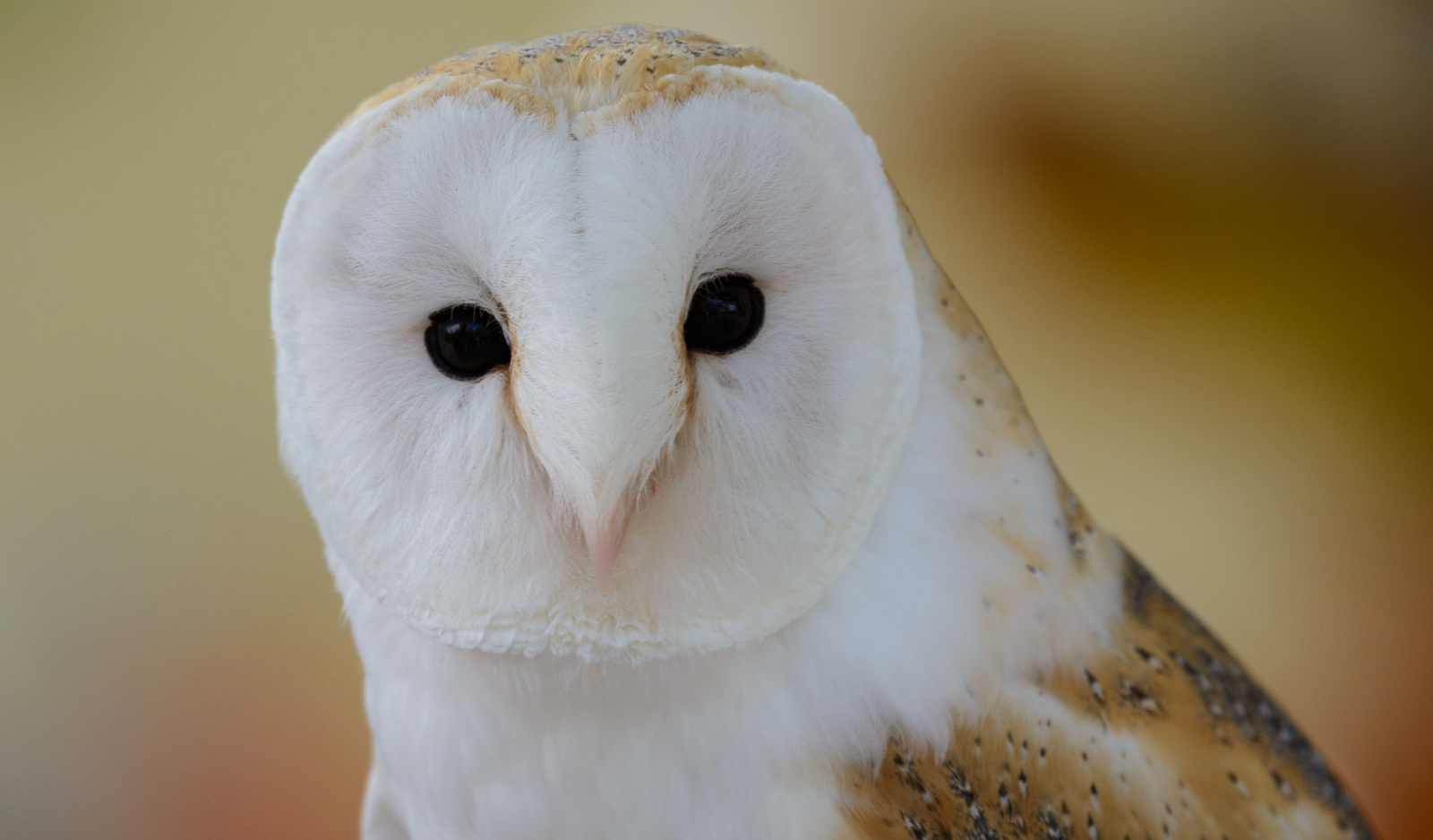 As dusk settles into night and cricket voices emerge to fill the quiet, the silent wings of a barn owl are lit by the light of the moon. Slow, steady wing beats propel the barn owl as it soars quietly, patrolling open fields using its impressively sharp hearing to locate the sound of scurrying rodents. Honing in on its prey, the barn owl swoops down, snatching a gopher in its talons, and returns to its nest where fluffy, noisy youngsters wait open-beaked for their meal.

As a patrol unit of one, barn owls can catch and eat 10 to 12 gophers per night during brooding season, usually from March to July. Throughout a year, a family of barn owls will eat about 3,000 gophers, making them friends of farmers and gardeners everywhere [1].

While raptors are an excellent natural form of rodent control, many people, unaware, turn to toxic rodenticides to control rat populations. These rodenticides, especially second generation anticoagulant rodenticides (SGAR), can end up killing more than just the intended  pest. When improperly stored rodenticides can poison children and pets. When used on rodents, animals that feed upon rodents - like barn owls - can become ill or die. Foxes, skunks, coyotes, mountain lions and raptors have all died from eating prey whose bodies had traces of SGAR [2]. But how does a chemical meant to kill small rodents kill animals much larger than itself even days after the rodent has consumed the poison?

Their danger lies in that while the first feeding may provide a lethal dose, the death is prolonged for days, allowing the rodent to return for multiple feedings and accumulating a “super-lethal” dose in its body. Along with allowing for a super-lethal buildup, SGAR have a significantly longer half-life than first generation anticoagulant rodenticides. A half-life is how long it takes for the amount of a chemical to be reduced by half in an animal’s body. First generation anticoagulants have a half-life of a few hours to one day, meaning there is half the amount of the initial dose of rodenticide after a few hours. First generation anticoagulant decay faster in the animal’s body. SGARs, on the other hand, have a half-life of days to months, meaning the rodenticide is still significantly concentrated in the rodents body for many days to many months. The slow half-life also means that the SGARs have a chance to build up in an animal’s body after feeding on multiple rodents who have consumed SGARs or even animals that have eaten SGAR-laced rodents [2]. This can eventually kill them. Let’s return to our barn owl friend to see how SGARs play out in real time.

Again it is night, the barn owl’s prime time for hunting. The barn owl soars over his favorite hunting grounds, open fields of grass for miles. Earlier in the week, a resident living on the outskirts of these fields laid a trap laced with SGARs to kill the gophers that had been destroying his family vegetable garden. A few gophers took the bait, receiving a lethal dose. Though the gophers were slowed down, they continued to return to the bait for days, accumulating a super lethal dose. As the barn owl patrols the open field she hears a slower scurrying. “Easy prey,” the barn owl notes. Diving down she snatches one of the gophers who has eaten from the SGAR-poisoned trap. The barn owl, not knowing that poison lurks within, proudly brings the SGAR-laced gopher home to her family, feeding the open-beaked youngsters their favorite meal.

With 3,000 gophers consumed by barn owls every year, SGAR can builds up in their bodies and eventually kill them and their young. In one study, California’s Department of Pesticide Regulation found that 73% of animals had residues of at least one SGAR. The study looked at incident and mortality data from 1995 to 2011, totaling to 492 animals.  Bobcats, mountain lions, coyotes, foxes, skunks, hawks, crows, and owls all tested positive for SGARs, reflecting the transfer of these rodenticides up through the food chain, from rodent to animals that consume rodents and so on [2].

Often, the most important factor keeping raptors from living in an area that has plentiful rodents is a suitable place to nest. Most raptors prefer hunting in open areas like fields, golf courses, vineyards, pasture, ditch banks, roadsides and rural school grounds. If you live near any of these, building a roost for raptors and their young to nest can encourage raptors to take up residence. If you have an open area on your property, consider building a perch that raptors can use as a lookout to scout for prey. This guide from the USDA provides instructions for building raptor perches here.

For building nest boxes, we recommend using The Cornell Lab of Ornithology’s “Right Bird, Right House” tool on their NestWatch website. “Right Bird, Right House” matches the region and the primary habitat you live in to birds that live in that area and would thrive in your habitat. It includes construction plans for birdhouses depending on what kind of bird you want to attract, including raptors like barn owls and American kestrels. This interactive tool is available here.

By refraining from using rodenticides like SGARs and providing perches and roosts for raptors, these birds can thrive and take care of your rodent populations at the same time. Raptors and humans have a symbiotic relationship; let’s keep our end of the deal by building perches and nest boxes instead of using these deadly rodenticides.

By doing so, we transform our property into hospitable hunting grounds for raptors. We can catch glimpses of barn owls, backlit by moonlight, silently swooping to catch their dinner. We can watch American kestrels, the smallest falcons in North America, bob their tails while sitting atop perches, patrolling for voles. We can witness red-tail hawk chicks growing up as they learn to fly from their nesting boxes we built for them. And we can see them come again and again, for generations to come.