Glyphosate: In Your Lawsuits and Your Cereal?

After being diagnosed with terminal non-Hodgkin’s lymphoma, Dewayne Johnson has won a $289 million court victory that will likely protect others from pesticide exposure. He has exposed a weakness in the multi-billion dollar company, Monsanto, and paved the way for more lawsuits to come. The jury verdict found that Mr. Johnson developed cancer because of a lack of sufficient warnings and that Monsanto knew or should reasonably have known that users would not recognize the danger [1]. 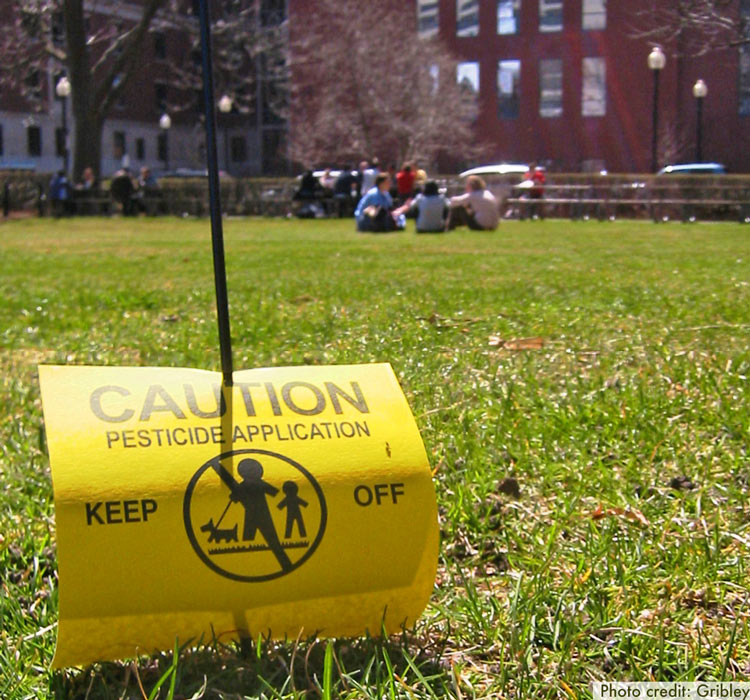 Dewayne Johnson, age 46, was a school pest control manager for a California county school system. Doctors say he won’t live past 2020 after occupational use of Roundup and Ranger Pro. Both are Monsanto herbicides with glyphosate as the active ingredient. His lawsuit, filed in 2016, claimed Monsanto was liable for his cancer and jurors agreed. After three days of deliberation, the company was ordered to pay hundreds of millions in damages. According to Dewayne’s lawyer, there are over 4,000 similar lawsuits across the United States[2]. Stocks for Bayer/Monsanto dropped more than 10 percent in trading on the Monday following the ruling [3].

According to news reports, the jury was shown evidence of internal memos and documentation that Monsanto knew about the risk of using the herbicide and that there was improper influence towards scientists conducting reviews. Documents also showed Monsanto's influence within the EPA to undermine the peer review process for research papers, which are often cited to approve pesticides [4].

In March of 2015, the World Health Organization’s International Agency for Research on Cancer (IARC) listed the chemical glyphosate as a ‘probable carcinogen.’ Not all organizations and governments are in agreement with this decision. EPA reportedly reviewed epidemiological studies and felt it does not warrant any change in EPA’s cancer classification for glyphosate. EPA’s early assessment rated glyphosate as a Group C, possible human carcinogen. The Office of Pesticide Programs assessment puts glyphosate into Group E or 'evidence of non-carcinogenicity for humans.' In 2017 the European Union approved glyphosate for use for another five years [5]. Read more about the listing on our previous blog post: http://www.pesticide.org/cancer_listing_for_glyphosate.

Glyphosate is the most widely used pesticide in the US and can be used to desiccate or dry grains during harvest, which is probably why 43 of 45 food products tested positive for containing some level of glyphosate residue in testing by the Environmental Working Group (EWC). Thirty-one of 45 food products were detected above EWG’s Health Benchmark of 160 parts per billion (ppb). In the report and study by the EWC, the environmental group determined the level of safety, which is more stringent than the EPA standards. The EWC report came out just after Mr. Johnson’s court ruling, and this combination caused a lot of news and social media attention.

According to their report, “EWG tested more than a dozen brands of oat-based foods to give Americans information about dietary exposures that government regulators are keeping secret. In April, internal emails obtained by the nonprofit US Right to Know revealed that the Food and Drug Administration has been testing food for glyphosate for two years and has found 'a fair amount,' but the FDA has not released its findings.”

Product manufactures criticized the study and responded that consumers would have to eat hundreds of bowls of the cereal to reach the unsafe dose level. The New York Times quoted General Mills spokeswoman saying, “Our products are safe and without question they meet regulatory safety levels” [6]. However, conventional pesticides are found in many different common foods. Eating a typical American diet may mean that a consumer is exposed to multiple sources of glyphosate per day, not to mention exposures that may come through water and air.

What Do These Findings Mean For You?

Schools should avoid using harmful pesticides, including herbicides and insecticides. Our children, our elders and those with compromised immune systems are the most vulnerable to pesticides and toxic exposure. Therefore, hospitals, elder care facilities and day cares should also end pesticide use and follow progressive pest management of integrated pest management (PPM and IPM) to reduce exposure. Alternatives, including sustainable landscaping techniques and other pest prevention methods, have been successful for schools and municipal urban park systems. NCAP will continue to educate farmers on pesticide alternatives, including techniques to avoid pesticides during harvest.

Families and schools can support organic agriculture. Support district and state efforts that connect community gardens and farms to schools and organic food in schools and universities. For a great example, see Real Food Challenge highlighted in our Living Wage Video here.