Living Wage is a short film that showcases the real-world stories of farmers and farm advocates — an exploration of how farmers can earn a living wage. Interviewees range from new and beginning to experienced organic farmers, agricultural economists, restaurateurs, and food system advocates. NCAP has been a leader in the Pacific Northwest for organic farming education and efforts to support the growing organic industry since 1977. For more resources for farm workers, click here.

"If it's going to be sustainable, it has to be profitable." - Kent Fleming 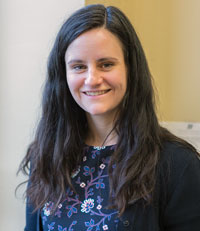 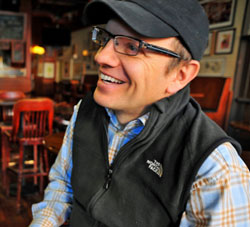 Dave is a restauranteur based in Boise. He is realistic about buying local food and uses hyper-adaptive menus to adapt to the ever-changing supply on offer throughout the year. He owns Red Feather Lounge, Bittercreek Alehouse, and the Cedar, in addition to the new Diablo and Sons. Dave is dedicated to Boise's growing place-based food economy. From his passion for good beer to the unique vermiculture system used in the basements of his restaurants, he strives for authenticity.

Dave's family have been farming in Idaho for over a hundred years. He currently dryland farms over 11,000 acres in the Magic Valley with his son. This is the largest dryland farming operation in the state. He has been enrolled in the organic program for years and is an expert at marketing his crops. He grows a lot of soft white winter and hard red winter wheat in addition to experimenting with other crops including mustard seed. Taking on new land leased to him by his neighbors is a testament to his good management skills.

Bart is an expert in the fields of Farm management, Production Economics, and Enterprise Budgets. The Extension and applied research programs he works on include farm financial analysis and planning, adoption of management information systems, and farm-level adjustments to regulation and legislation. He is semi-retired after a career helping farmers maintain profitability. 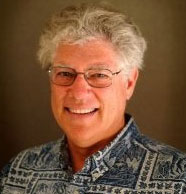 Kent is an expert in the fields of Farm Management, Agritourism, Risk Management Education, and Farmer-Chef marketing. He is the Project Coordinator for "Building Farmers in the West", a part of the USDA's "Beginning Farmers & Ranchers Development" Program & in cooperation with OSU Department of Agricultural & Resource Economics. Before moving to Oregon he was a professor and extension economist at the University of Hawaii at Manoa for 20 years.

Born in New Orleans where she lived with her Vietnamese family, Chef Anh Luu experienced a melding of culinary cultures early in her childhood. She grew up with the flavors of Southeast Asia from her parents' cooking alongside the classic French, Spanish, Caribbean, and African cuisine of New Orleans. This delicious culinary melange inspired her years later to create the unique Asian-Cajun tapas cuisine that she and owner Chantal Angot introduced at Tapalaya in Portland, Oregon in fall of 2014.  Chef Anh Luu bought Tapalaya in March of 2017 after working there for 7 years, honing her craft. 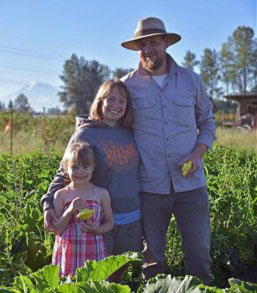 The Greens and their farm team grow hundreds of varieties of vegetables, fruit and herbs in the Puyallup River Valley. Though they are Puget Sound natives, Katie & Mark fell into organic farming on the East End of Long Island and cut their teeth selling to chefs and eaters in New York. After bringing their daughter Hazel into the world, they decided to put down roots in Western Washington. With the support of a loving family, good friends and fellow farmers, they established Wild Hare Organic Farm shortly after Hazel’s first birthday. In 2015, the Green family became the next generation of farmers and stewards of land that Dick & Terry Carkner cultivated as Terry’s Berries for more than 30 wonderful years. They are honored to play this part in preserving farmland from one generation to the next and aim to protect the family-farm tradition, promote the Community Supported Agriculture (CSA) model and produce uncommonly delicious and nutritious food. 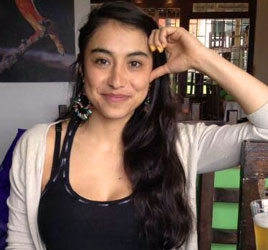 Estefania graduated in December 2010 from Trinity University in San Antonio, Texas, which she mobilized to become one of the first Fair Trade Universities in the country. Being born and raised in Ecuador nurtured her lifelong concern for justice. She is an organizer and activist passionate about making real changes to build sustainable food systems, alleviate poverty and hunger, and to let our world breathe some clean air. After a long time of shifting from one home to another, she is now settled in Seattle supporting student food justice initiatives in the West.

Northwest Center for Alternatives to Pesticides

The Northwest Center for Alternatives to Pesticides (NCAP) works to protect community and environmental health and inspire the use of ecologically sound solutions to reduce the use of pesticides.