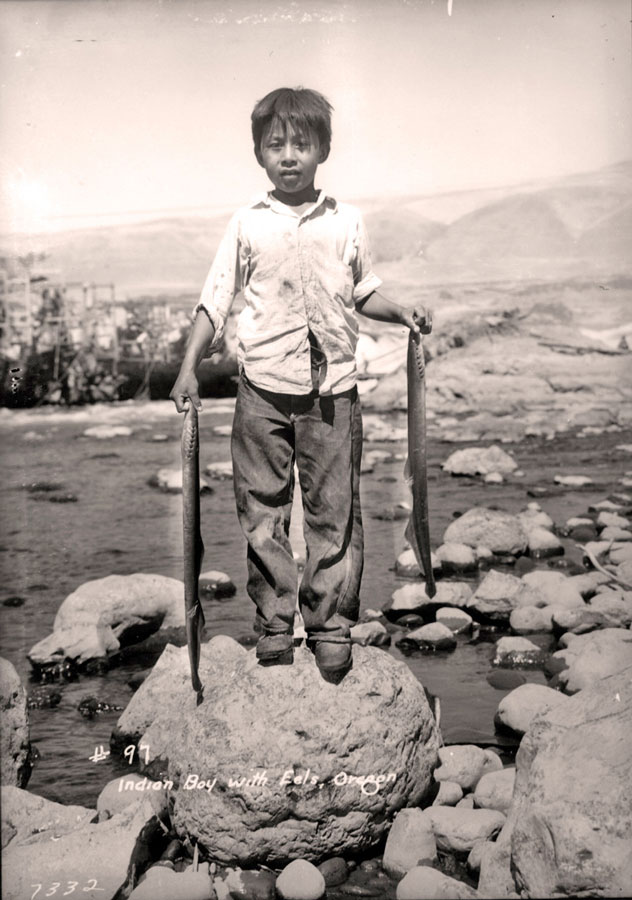 Every community has a different culture or set of beliefs, ways of thinking, modes of being, and sacrosanct material products that are shared, learned, symbolic, cross-generational, and used to derive and form a common identity. Many Americans share in collective celebration of holidays such as Christmas and Thanksgiving, but what would these holidays be like if there were no more Christmas trees or turkeys because all were poisoned? Just a small population reduction in these symbolic items would cause the holidays to be different, people to adapt and culture to change. My guess would be that people who cherish these symbolic items as integral parts of their culture would do everything in their power to prevent the poisoning of these valuable items.

Lampreys, a 400-450 million year old eel species, are an integral part of the Columbia Rivers ecosystem, an ecological community of organisms and the physical environment in which they live. Lampreys clean river water by digesting sediment in adolescence and provide food to larger predators, such as sea lions, northern pike minnows, terns, and gulls. Developing and evolving with the ecosystem over millions of years, lampreys are a key predator species. Without this species, either competition by large predators over fish will lower fish populations or those large predators won’t have enough prey and therefore will migrate to find food or starve. With both options a balance that was created over millions of years would be shifted.

CRT depend on lampreys as a food source, for salmon and trout predation buffering and for cultural practices.[1] Many tribal members still fish as their preferred livelihood. Lampreys’ high caloric value makes them an ideal food source. As mentioned and most notably, lampreys act as a buffer against the predation of other food sources like salmon and trout.[2] Without lampreys, larger predators would be forced to feed on salmon or trout, reducing the amount of those fish available for CRT. Competition between CRT and other large predators for specific fish populations would dramatically alter the ability for CRT to fish for subsistence. 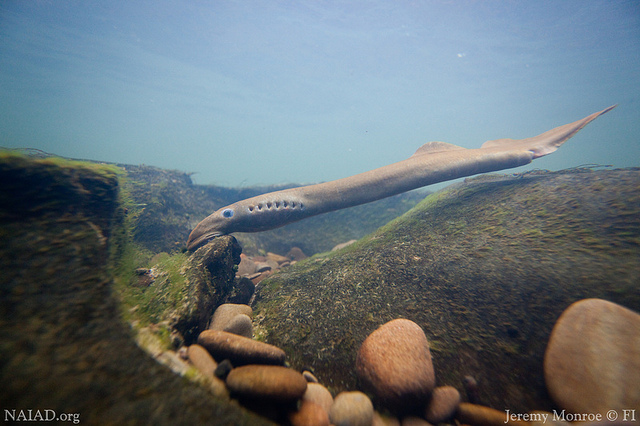 Lampreys face many destructive forces such as pesticides, “hydroelectric dams and irrigation diversions during upstream and downstream migrations, habitat loss and degradation, declines of marine host fish, historical management actions such as intentional kills,”[3] that are decimating lamprey populations.[4] Currently, 10 of the 34 lamprey species in the northern hemisphere are endangered, nine are vulnerable and one is already extinct. The extinction of this species would significantly impact all organisms in the Columbia River ecosystem, including CRT.

Through the Tribal Pacific Restoration Plan, many destructive forces threatening lamprey populations can be stopped, but eliminating contaminant accumulation within the Columbia River is a task left to Pacific northwestern citizens. Currently, CRT are undertaking initiatives to: combat dams’ blockage of migratory pathways by building lamprey ladders, recolonize the Columbia River with lampreys, protect vital habitat for lampreys, and proliferate lampreys throughout the river.[1] However, to stop pesticides (any synthetically derived chemical substance intended to kill insects, rodents or weeds) from entering the river, people have to stop using pesticides on their properties. Pesticides are a form of nonpoint source pollution, or water pollution that doesn’t come from a definitive source, but is rather transported from properties into streams, creeks and rivers by snowmelt or precipitation. Without individuals taking action to prevent pesticide runoff, CRT’s restoration efforts of artificial propagation, recolonization and dam innovation might be nullified. As long as pesticides enter the Columbia River, they will impact lamprey development and biomagnify through the food chain.

Pesticides bioaccumulate, or collect within the fat cells of biological creatures, and biomagnify, or are found in higher concentrations in organisms that ingest contaminated bodies. Since lampreys filter feed during their long, seven-year adolescence, young lampreys are exposed directly to pesticides through “dermal ingestion, and/or gill uptake pathways.”[4] A constant flow of water over lamprey gills allow them to acquire nutrients efficiently but also allows constant cellular exposure to pollutants with no mechanism to reduce the amount of pollutants entering the body. The longer the period of filter feeding, the higher the concentrations of pesticides are likely to be found. After adolescence, lampreys continue to face contaminant uptake “via interstitial pore water, surface water, suspended sediments, and the consumption of contaminated sediment and organic matter.”[4] Once pesticides are stored in lamprey fat cells they never go away; they only aggregate. Lampreys, being an organism with high fat content, accumulate large amounts of pesticides that can be transposed to other organisms within the food chain.

"Once pesticides are stored in lamprey fat cells they never go away; they only aggregate. Lampreys, being an organism with high fat content, accumulate large amounts of pesticides that can be transposed to other organisms within the food chain."

Health effects of pesticides vary dramatically depending on the chemical composition of the pesticide and biology of the organism. Common pesticide side effects in lamprey populations are biological deformities. In high enough concentrations pesticides can impede the development of vital organs and result in premature death. A study tracing the contaminants in larval Pacific lampreys throughout the Columbia River Basin, published in Environmental Pollution, shows pesticides, currently used and legacy (i.e. pesticides no longer legal to use), were frequently detected in larval lampreys. The most common and highly concentrated pesticides included: organochlorine, DDT, DDE, oxyfluorfen, chlordane, chlorpyrifos, endosulfan, dieldrin, and hexachlorobenzene. Each pesticide has different health effects in humans and lampreys.[4]

To help restore lamprey populations, NCAP advocates that individuals avoid using pesticides to control pest problems, use biological control to remove/prevent pests, and support governmental representatives who prioritize the environment. An individual home, yard and garden pesticide free pledge contributes tremendously to reducing pesticide runoff into the Columbia River Basin and other waterways.  Biological controls for pests can be found at www.pesticide.org/pests_and_alternatives. Also, individuals should support representatives who introduce and lobby for legislation, like the Columbia Restoration Act, by voting during midterm elections. The Columbia Restoration Act, signed by former president Barack Obama in 2016, provides federal funding for initiatives that remove toxic chemicals from the Columbia River Basin. With the Trump administration not prioritizing water cleanup initiatives and moving toward private company development of waterways, the Columbia Restoration Act is at risk. The rapidly declining lamprey population numbers and the environmental rollbacks of the Trump administration make acting sooner rather than later crucial to affect change. Supporting alternatives to pesticides is not only beneficial to the Columbia River ecosystem but helps local tribes maintain happy, healthy communities.

[3] G. Murauskas, Joshua & Orlov, A & A. Siwicke, Kevin. “Relationships between the Abundance of Pacific Lamprey in the Columbia River and Their Common Hosts in the Marine Environment.” Transactions of the American Fisheries Society (2013): 143-155.

Sky joined NCAP in the spring of 2017. He is currently majoring in environmental science and minoring in biology at the University of Oregon with an ambition to make the world sustainable for future generations.