5 Natural Ways to Deal With Gophers 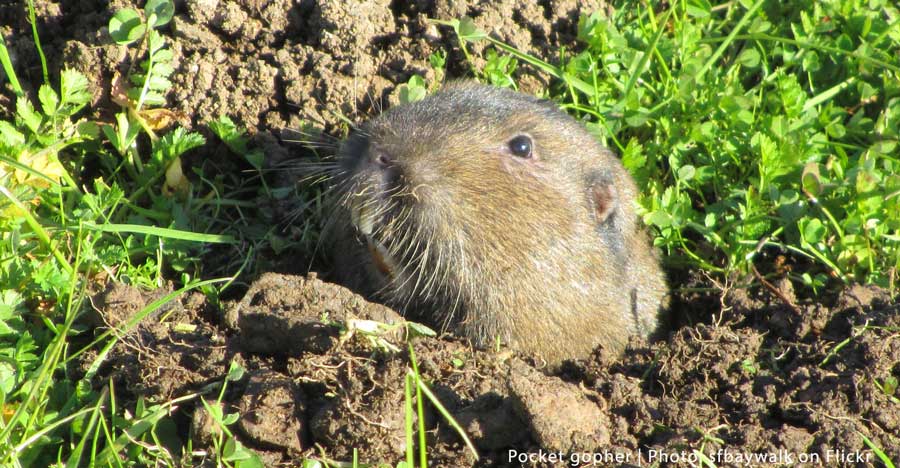 If you've ever watched one of your prized garden plants disappear into a gopher's burrow, you know that gophers can be pests. Fortunately, there are effective pesticide-free techniques for dealing with problem gophers. Gophers, often called pocket gophers, are small burrowing rodents.1 The "pocket" part of their name comes from fur-lined cheek pouches that they use for carrying food and nest-building materials.2 They are between five and ten inches long and have fine, soft fur.1 They have powerful front paws, highly sensitive whiskers to help them get around underground, and even lips that close behind their front teeth so that they don't swallow dirt when they're digging.2

Some people use the name gopher to refer to ground squirrels, and ground squirrels are also small rodents but they are often outside of their tunnels. Gophers spend almost all of their time underground and only come out occasionally to feed on plants aboveground.1

Another animal that is often confused with gophers is the mole. Like gophers, moles spend most of their time underground, but their mounds are circular and volcano-shaped. Gopher mounds are fan-shaped or flattened with a plugged hole on one side of the mound (see photo below). Mole mounds are usually spread out along a line, while gopher mounds are grouped together.3 Moles also have shallower burrows than gophers.1 Gophers are herbivores and eat only plants,1 while moles are insectivores and primarily eat insects and earthworms.4 If you have a mole problem, visit our page on Moles.

Have other pests you're struggling with? Visit our Common Pests page for more pesticide-free tips. 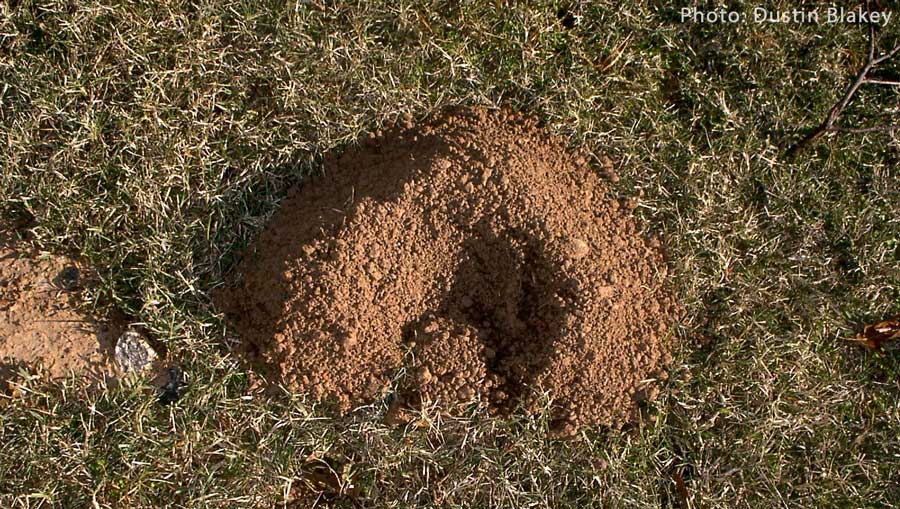 5 Natural Ways to Deal With Gophers

Excluding gophers with wire netting is one way to prevent gopher problems if you have valuable plants that you want to protect. The University of California recommends complete underground screening (sides and bottoms) made out of hardware cloth or 3/4 inch poultry netting. You can build such a barrier when you plant flower beds or individual plants. If you garden with raised beds and have gopher problems, you can stretch netting across the bottom of the beds when you're making them.2

Gophers don't thrive on annual grains because roots of these plants don't provide them with enough food. Farmers can manage gophers by planting annual grains as a rotation crop or a buffer strip to protect other crops that are preferred by gophers.1 You might want to try using a similar buffer around your garden if gophers are causing lots of damage. If you don't want to plant grains, you could try a buffer of bare ground.

Occasionally gophers damage plastic sprinkler pipes or underground cables with their chewing. You can prevent this kind of problem by using a barrier of six inches of coarse gravel.2

"Trapping," according to Montana wildlife specialist James Knight, "is usually the best way to control pocket gophers on small areas."1 There are several types of gopher traps. You might want to get advice about which ones have worked well in your area. The most common ones are the Macabee trap, box traps, and the Cinch trap.5

Macabee traps and box traps are usually set in pairs in the main tunnel:5

The Cinch trap can be set in a fresh burrow entrance:5

If you flood a gopher burrow with your garden hose you can force the gopher to leave the tunnel, providing a good opportunity to kill the gopher. The University of California suggests using a shovel or a dog for this task.2

Barn owls like eating gophers. One estimate is that a barn owl family could eat 1,000 gophers a year. If you live in an area where barn owls might thrive, you can encourage them by putting up nest boxes.5 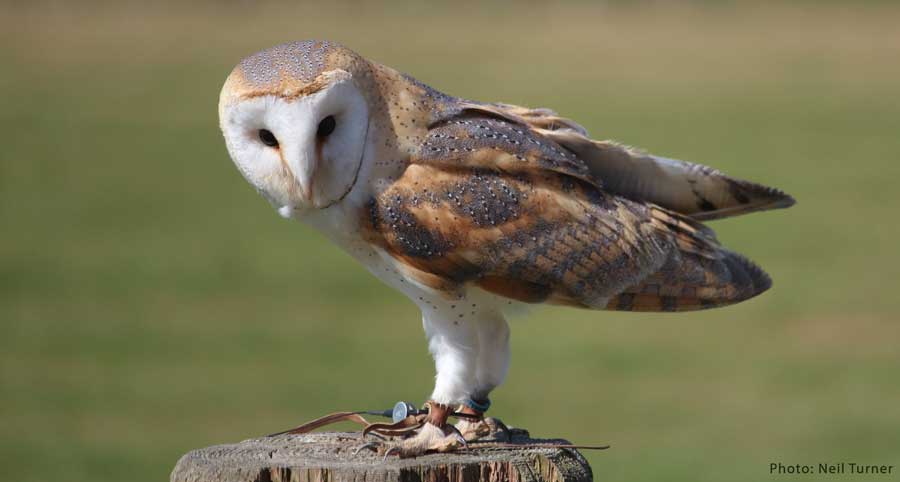 In rural areas, you could consider using a "gopher blaster." This device involves a metal wand that is inserted into the burrow where a spark ignites a propane/oxygen mixture. The resulting (loud!) explosion damages the burrow system and blows up some soil, so it's not ideal for all situations.5 Makers of gopher blasters say that the force of the explosion kills the gophers. The online "Garden Counselor" offers opinions on various brands such as the Rodenator and the Varmit Getter.7

It's easy to find "remedies" for gopher problems but it's hard to find credible evidence that they actually work. Citing the absence of research to back up claims, a University of California article on gopher control says that these methods are NOT effective: Repellent plants such as "gopher purge," castor beans, and garlic; frightening devices such as vibrating stakes, pinwheels and ultrasonic devices; and chewing gum and laxatives.2

If you found this information helpful, view our other resources on Managing Pests and Weeds.

Some facts about the way gophers live will help you if you need to deal with a problem gopher. The gopher's burrow system can cover hundreds, even thousands of square feet.2 Gophers can build up to three mounds per day1 and usually live alone,2 so it's quite possible that the problems caused by gophers in your garden are caused by a single animal.

A gopher burrow consists of a main tunnel, usually between 4 and 18 inches below the ground, with many lateral tunnels connected to it. Occasionally some parts of the main tunnel will be 5 or 6 feet deep. The tunnels are usually about 3 inches across. The lateral tunnels usually end in mounds at the surface of the soil.1

Typically, gophers are active all year, and at all hours of the day.2 They like fertile, light-textured soil.1

Gophers are not simply pests, but also are important parts of the ecosystem. They increase soil fertility by mixing plant material and fecal wastes into the soil. Their burrowing aerates the soil and decreases its compaction. They can help speed up the formation of new soil by bringing minerals to the surface. They increase the ability of soil to soak up water.1 They also serve as food for a variety of animals including owls, coyotes, weasels, and snakes.3